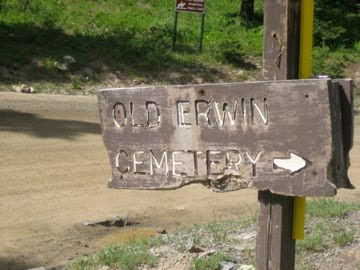 Yes, I know the sign says "Erwin," but it is spelled Irwin on on the maps. This little cemetery is at the top of Kebler Pass, west of Crested Butte. We came up to see the pass before we went fishing at Lake Irwin, and saw the sign for this old cemetery. 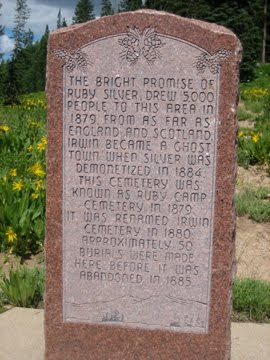 "The bright promise of ruby silver drew 5,000 people to this area in 1879. From as far as England and Scotland, Irwin became a ghost town when silver was demonitized in 1884. This cemetery was known as Ruby Camp Cemetery in 1879. It was renamed Irwin Cemetery in 1880.  Approximately 50 burials were made here before it was abandoned in 1885."

While the monument above says it was abandoned, there are numerous recent burials, along with several markers commemorating the scattering of ashes. 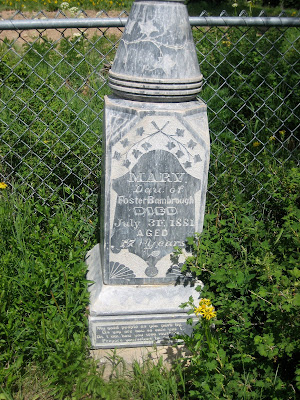 This is one of the older burials; a woman named Mary who died in 1881. 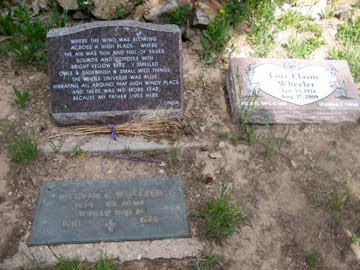 This set of markers brought tears to my eyes. The bottom left is the gravestone of a former soldier who died in 1976. The marker on the top right is that of his wife, who lived much longer than he did - she died in August of 2009 and is buried next to him here. The poem on the marker at the top was written by (or quoted by) their daughter, Linda. "Where the wind was blowing across a high place... Where the air was thin and full of silver sounds and coyotes with bright yellow eyes..I smelled owls & sagebrush & small wild things. The whole universe was alive. Vibrating all around that high windy place and there was no more fear,, because my father lives here." 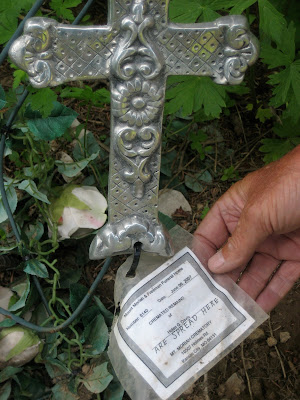 Attached to this silver cross is a tag from a mortuary certifying that this person's ashes were scattered in this area. 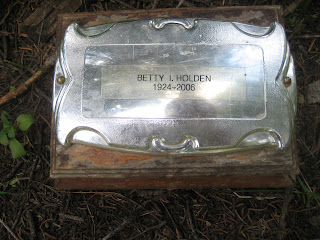 This is a little box that used to hold Betty Holden's ashes. It's just sitting on the ground here. 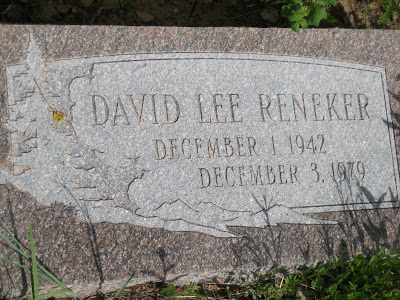 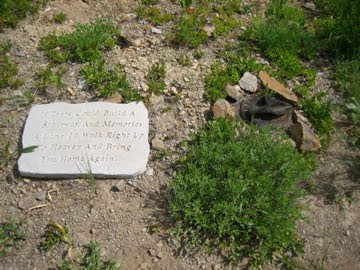 Next to this marker, held down by the rocks, is the man's hat.  The marker reads "If tears could build a stairway, and memories a lane, I'd walk right up to heaven and bring you back again." 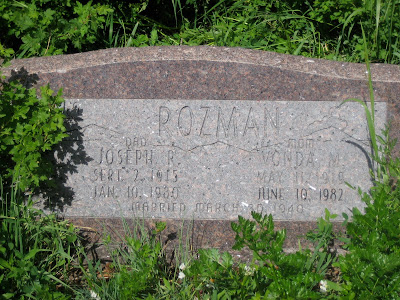 Later today we were walking up Elk Avenue in Crested Butte, and Don noticed Rozman Realty.
Posted by Cyndi at 11:11 AM

We visited the cemetary yesterday (7-27-10). Very peaceful, windblown, lonely place. The poem by Linda was haunting....

The inscription at the bottom of Mary's tombstone: My good people as you pass by, As you are now so once was I,, As I am now you soon will be,, so prepare yourself to follow me. Stumbled across on a snowy June morning in 1970 - slightly eerie.