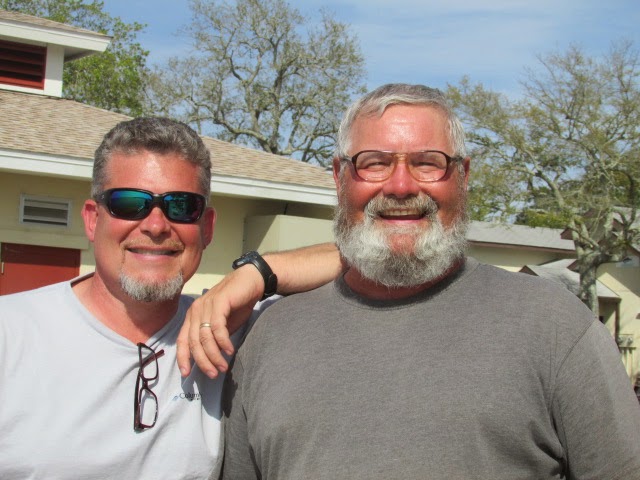 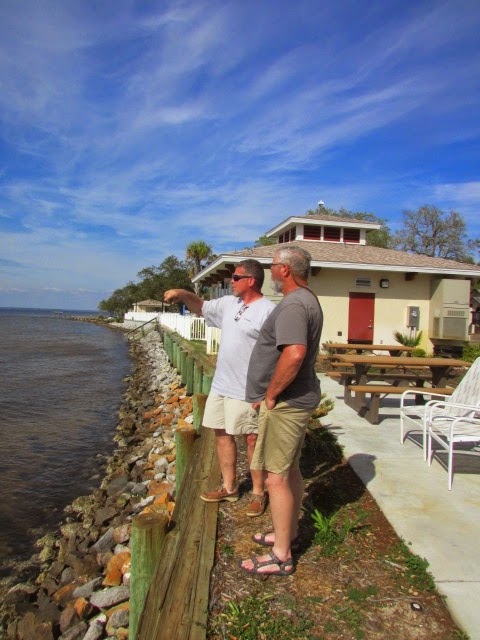 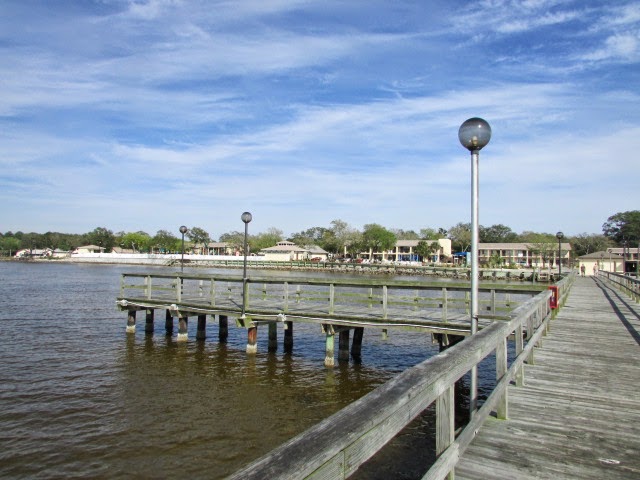 We're currently sitting in site #46 at Destin Army Recreation Area, in Destin, Florida.  We got here on Friday, and have enjoyed seeing friends Tim and Terri who live nearby. Tim used to work for Don 32 years ago at Rhein-Main.  They played football together on the base team.

Wednesday, March 26  We thought we'd have to stay in Vado another day as wind were forecast, but when we saw that there were no winds in the morning, we quickly packed up and made our escape. The winds started up east of El Paso, but for most of the day they were behind us, working FOR us instead of against us. We stopped for the night at a very nice campground called Fort Stockton RV Park, just east of Fort Stockton.

Thursday, March 27 - Friday April 4  We stayed at Rio Raft and Resort on the Guadalupe River in Sattler, near Canyon Lake. My brother Chuck and his wife decided to come in their 5th wheel, and camped about 5 miles away in the military campground on Canyon Lake. We spent lots of time with them - a cookout, dinner in New Braunfels, shopping, and another dinner in Canyon Lake. It was nice to reconnect. Don fished the Guadalupe River as much as he could; it was just about the end of fishing season there. Our last night we had pizza with Bill, who was in band with me back in 1974 in Lubbock at Coronado High School.

Saturday, April 5  A breezy (no, windy) trip across Texas ended, and we stopped for the night at a nice campground in Vinton, Louisiana. We witnessed a car pull of the interstate, catch fire and burn completely down to almost nothing - the driver got out before he could be hurt.

Monday, April 6 - Thursday, April 10 Keesler Air Force Base FamCamp in Biloxi, Mississippi.  That's a pretty nice campground for military only, and the attendant was extremely friendly and helpful. I was able to see a friend from Kaiserslautern American High School, from when I was in 9th and 10th grade. Lisa was a cheerleader with me, and she lives in Gautier, Mississippi. I stopped by to see her on Tuesday, and then Don and I had dinner at their house Wednesday night. Don got to do a lot of surf fishing, though he really didn't have much luck. We enjoyed a couple of local restaurants, trying out the fresh seafood.