Last Friday I came to Aztec to visit the Aztec Ruins National Monument.  The name is a misnomer - the buildings were actually built by ancestral Puebloans, back in the 11th-13th centuries, but named by settlers who mistakenly thought they were created by Aztecs from Mexico.

There's a great walk through the ruins, using a guidebook, which gives you access to several indoor rooms. That's a first for me - being able to go INSIDE Indian ruins. 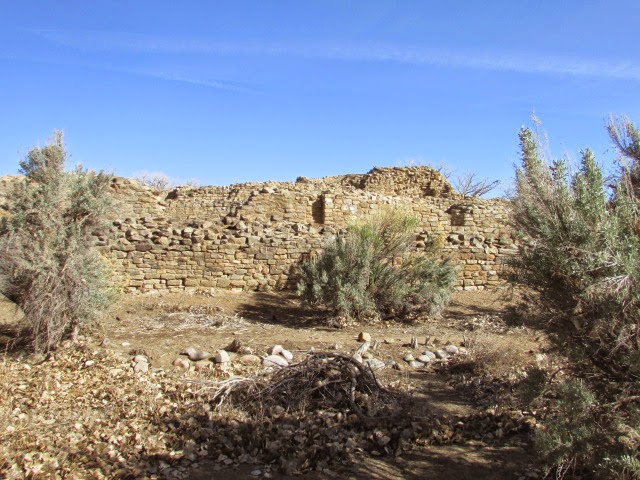 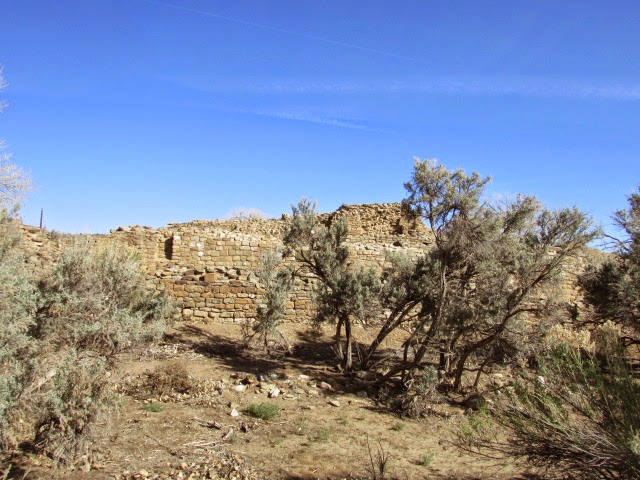 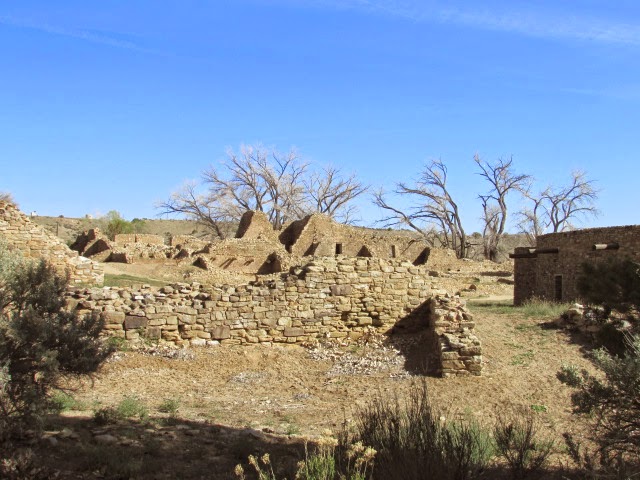 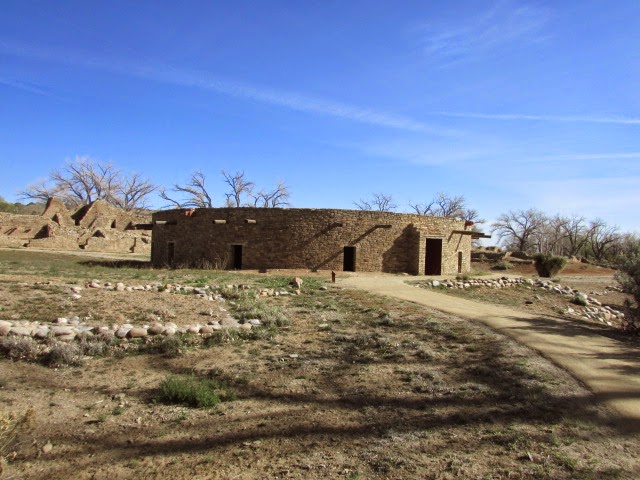 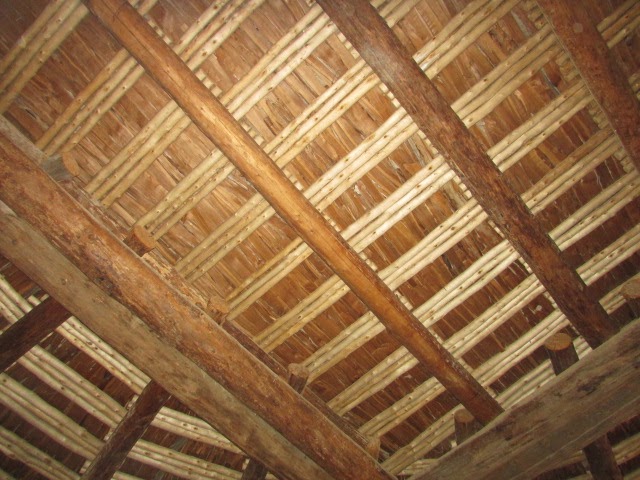 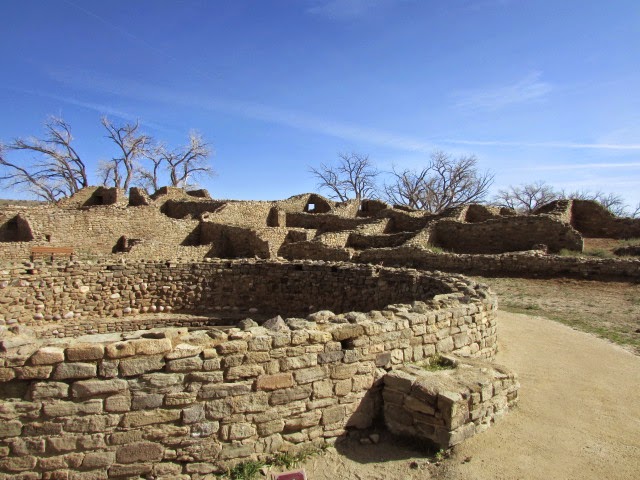 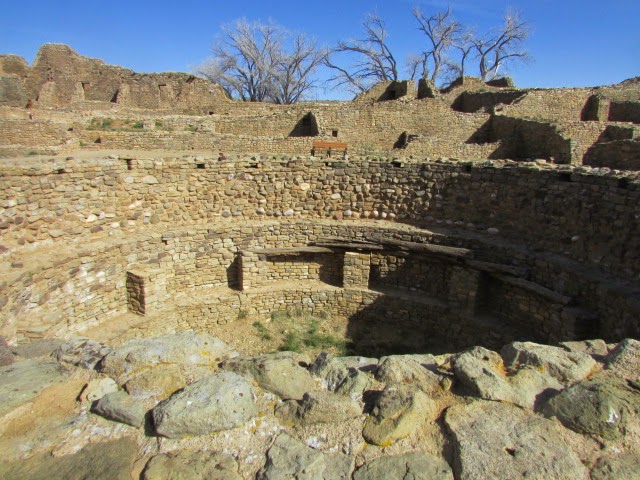 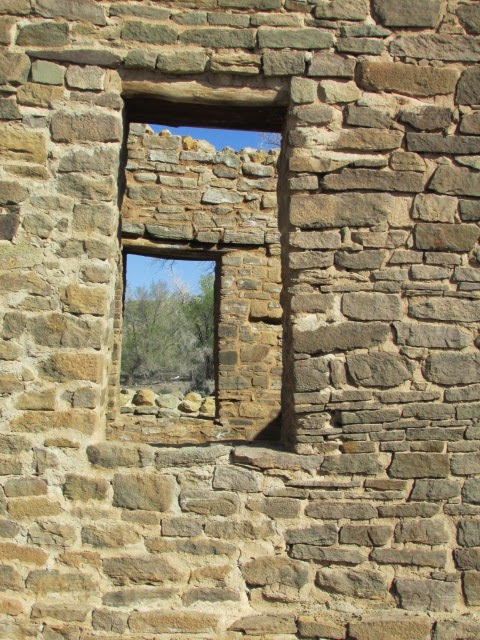 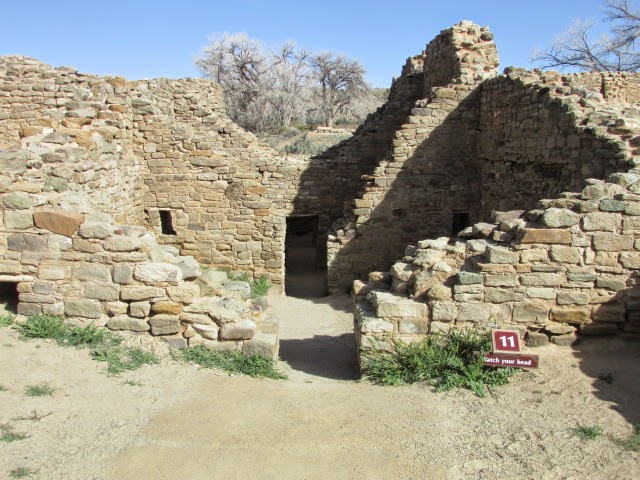 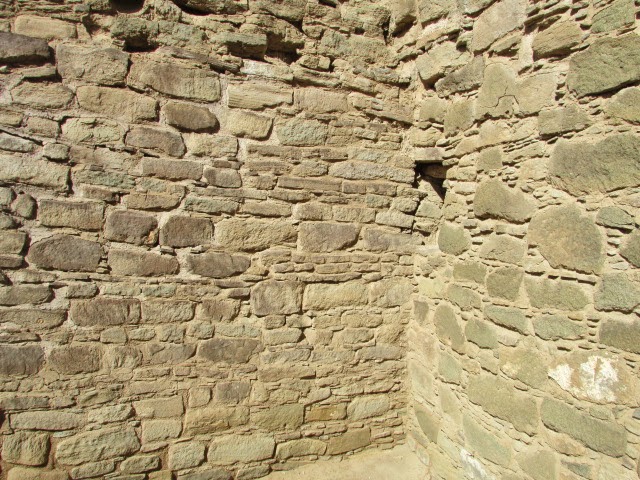 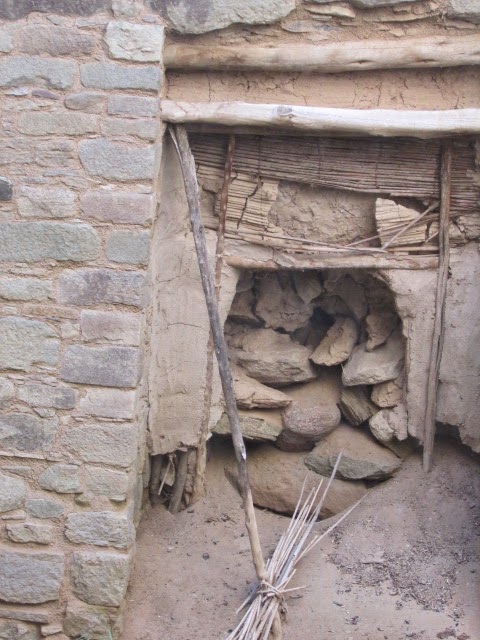 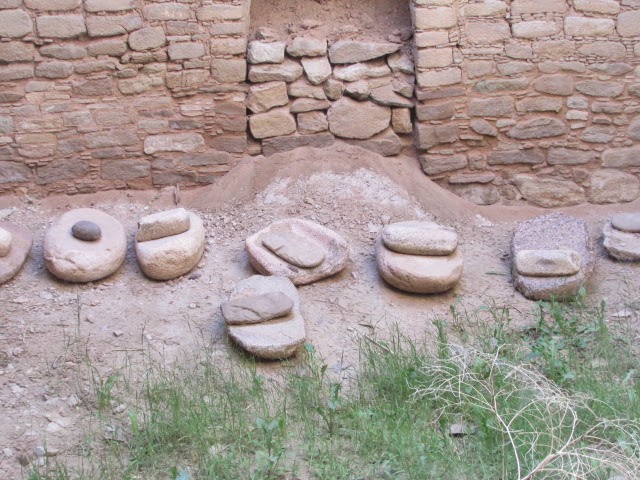 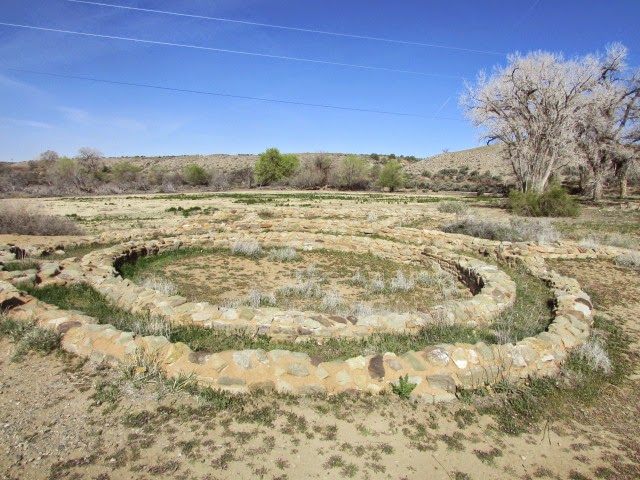 I'm writing this post from the McDonald's in Aztec, New Mexico.  It's the only place around I can get WiFi.  Right now we're camped at the Cottonwood Campground in Navajo Dam on the San Juan River.

The first part of our trip was to Alamogordo, so we could spend Easter with our son and his wife (he's stationed at Holloman Air Force Base). On the way we stopped for a couple of nights in Deming, New Mexico. We took a day trip to Hatch, the "Green Chile Capital of the World."  I bought some jars of chilies and salsa, and enjoyed a nice Mexican food lunch. Then we went on to Alamogordo. We camped at Oliver Lee Memorial State Park - our favorite place to stay when we visit Kenny.

After we left Alamogordo, we spent a couple of nights in Albuquerque at the Kirtland AFB FamCamp.  (Nice place - long, wide, pull-through sites, close to Costco and other shopping.) Then last Thursday, after a great breakfast at Cracker Barrel, we came to where we are now.

So, things have definitely changed

First of all, we're not moving.  I'll try to make this brief.  We had a place picked out. We had the movers scheduled, and I had already started packing. Then we got the inspection report on our new place (a double wide mobile home in a senior park).  It was the best $400 we ever spent. The asking price was $20K, and there must have been $20K worth of repairs that needed to be done (new roof, new heater, rcconnect gas lines, new water faucets everywhere, new garbage disposal, termite fumigation/treatment - and that's just a beginning.)  We weren't willing to make those repairs, and the inventory in Bishop is pretty skimpy, so we decided to stay put in Forest Falls and travel from there.

Our first trip, a short one, was in March to the beach at Camp Pendleton in Oceanside.  We were able to get a site right on the beach, and the weather was perfect the whole time we were there.  Don was able to go out on a boat two times, though he didn't bring any fish back (all were too small).  But it was a nice time for me to relax and visit a couple of local quilt shops.

Yup, this is what you call a defunct blog

I pretty much share my life and travels now on Facebook.  If you want to keep up with me, "friend" me there.  I'm Cyndi Floyd Holman.

We're getting ready to move from southern California to Bishop, California - the gateway to the Eastern Sierras. We should be in our new place in about a month! Don will be able to fish, fish, fish. I'll keep doing what I'm doing - sewing/quilting, exploring, reading--as well as making new friends.