Quote for the Day

"The trail is the thing,
not the end of the trail.
Travel too fast and you miss all you are traveling for." 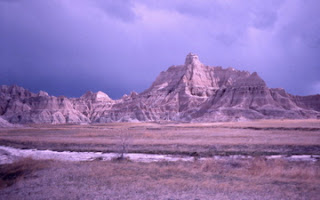 June 1979 - Badlands National Monument, South Dakota. I stopped there for a couple of days before some training at Ellsworth Air Force Base.
Posted by Cyndi at 10:51 PM No comments: 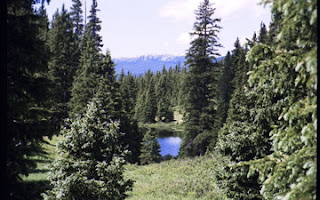 We'd fled to Colorado from Montana due to a heat wave that had temperatures in the high 90s every day, and wouldn't cool down at night. Colorado was, as usual, perfect.
Posted by Cyndi at 2:36 PM No comments:

Why we didn't go camping this weekend

We were scheduled to go to Emerald Cove on the Colorado River this weekend. It's a membership campground that (like lots of others) gives you some free nights of camping in exchange for listening to their sales pitch. We were looking forward to it - until Don had a run-in with a bungie cord while loading his truck. Hit him right in the eye. Almost blinded him. Well, yes, it DID blind him in that eye, but he should get the sight back in a month to six months. He has a 1/3 to 1/2-inch long vertical scratch centered right across the pupil and iris. There's a lot of blood pooling under the lens, so between the scratch and the blood, he can't see out of that eye. He also has a heck of a black eye from the bruising above and below, and is just now recuperating from all the vomiting he did when he went in to shock at the ER.

It'll take time, but he'll be fine. He even drove himself to the post office yesterday, though he overshot the parking space by about 5 feet. He's got to get used to the one-eyed driving.

So, no camping this weekend. Just a quiet 3 days relaxing at home. Next trip? Don't know. It'll be up to him.
Posted by Cyndi at 6:39 PM No comments: 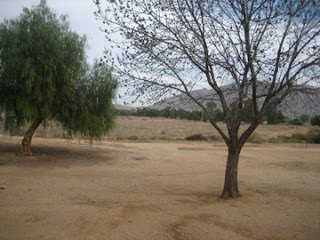 Since this was a three-day weekend for us, we decided to go to Lake Perris again. This time the weather was better for Don to fish, except for a mild storm that came through Sunday morning. To the right is our rear view - looking out the kitchen window. 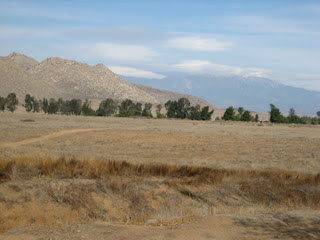 This is the view northeast from our campsite, looking at the San Bernardino Mountains. 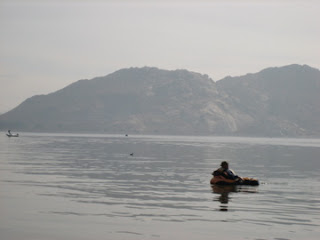 Here I yelled at Don to turn around as he was coming in to shore for some lunch. The fishing wasn't that good, but he did hook a large trout and a big largemouth bass.
Posted by Cyndi at 5:29 PM 1 comment: 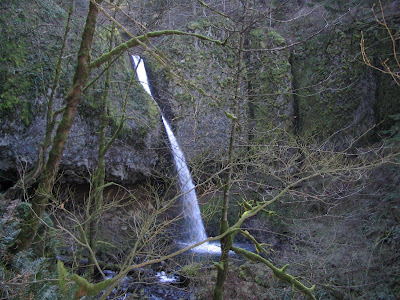 2005 - Ponytail Falls, in the Columbia River Gorge east of Portland, Oregon.
Posted by Cyndi at 8:16 PM No comments: 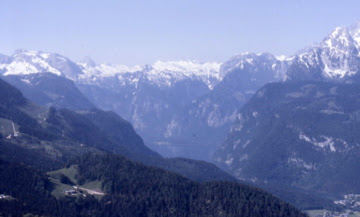 1982 - The mountains above the Königsee, near Bertchesgaden, Germany. We were stationed in Germany, and loved to go south to the Alps.
Posted by Cyndi at 7:27 PM No comments:

Random Photo From the Archives 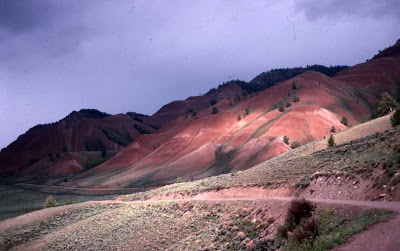 This was taken in 1979 along the Gros Ventre River east of Grand Teton National Park. It was a cloudy, gloomy day, and at just the right moment the sun came out and highlighted the red hills.
Posted by Cyndi at 8:03 PM No comments: