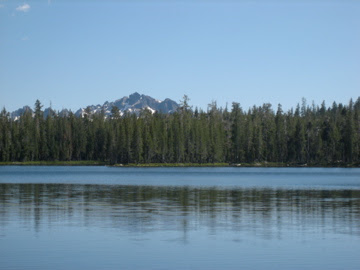 Our next stop, for 6 nights, was Clio's River's Edge in the little town of Clio at the northern end of the Sierras. If you've never heard of it, it's near Graeagle, and fairly close to Portola and Quincy. The river that the campground is near is the Middle Fork of the Feather River. However, the river has been channelized here, so it looks more like a canal. We did find a 2-mile stretch near Portola that was great fishing, and spent one day there. Another day we drove up to the Lakes Basin, where I took the above picture of Haven Lake with the Sierra Buttes behind it. The Pacific Crest Trail goes right by these buttes. There are 10 or so lakes up in the basin, the largest of which is Gold Lake. Don spent two days on his float tube here. I found a quilt shop in Portola - and went there twice, of course.
Posted by Cyndi at 7:30 PM No comments: 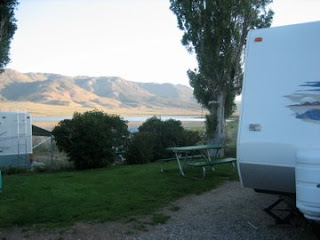 Our next stop, for 3 days, was Paradise Shores RV Park on Bridgeport Reservoir. It's a fairly small park, but we love it and will definitely go back. Our campsite was in the corner, with our own little lawn and view of the lake. The owners are so friendly - we were helped into our site, given some extra blocks for levelling, and invited to the Fathers' Day breakfast. I want to say something about the bathrooms - not only were they sparkling clean, but they had these little extra touches that just made them special: red liquid soap dispensers, a rack in the shower for shampoo, razor, soap, and such, and floor mats that didn't hurt your feet. (Fellow RV'ers will know what I mean!) We stopped here mainly to do laundry and let Don fish the East Walker River. He did, and had a fabulous time, catching many fish (and putting them all back). 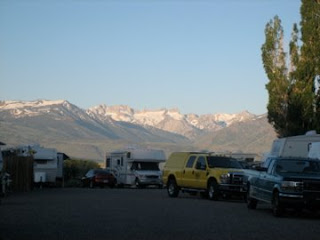 The morning we hooked up to leave, this was the view to the south over Twin Lakes basin.
Posted by Cyndi at 3:20 PM No comments: 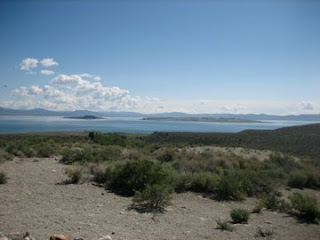 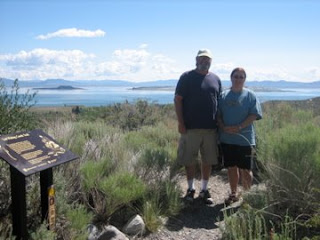 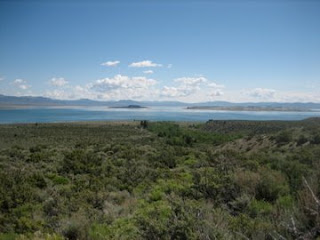 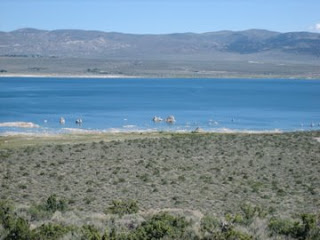 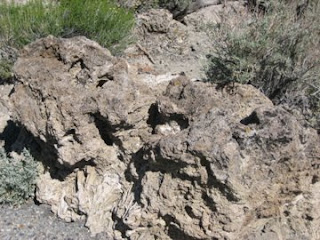 Because we had time to "waste" before we could check into our campsite in Bridgeport, we decided to stop at the Mono Lake Visitor Center. We are so glad we did! We learned so much from the interesting displays, watched a fascinating 20-minute video, and did a little walking around on the nature trail.
Posted by Cyndi at 5:04 PM No comments: 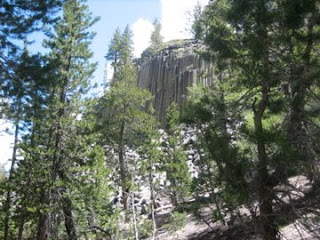 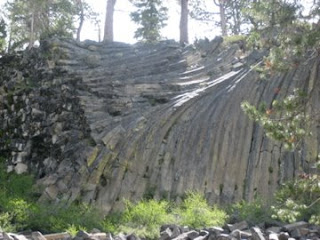 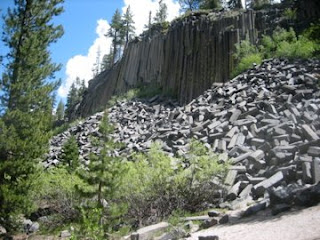 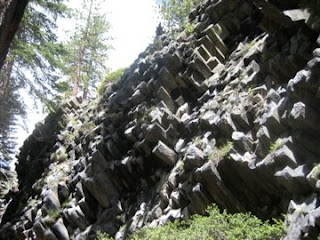 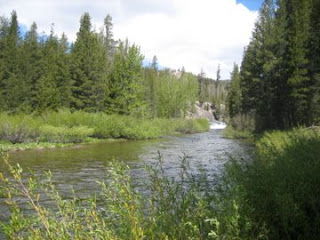 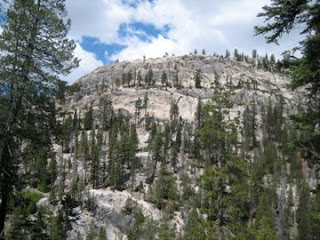 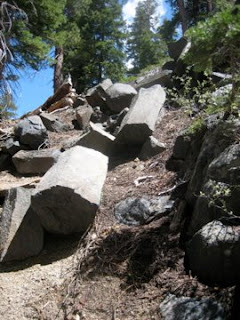 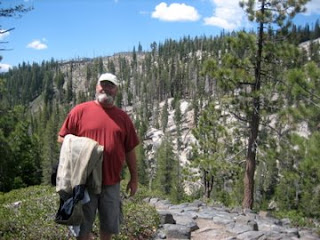 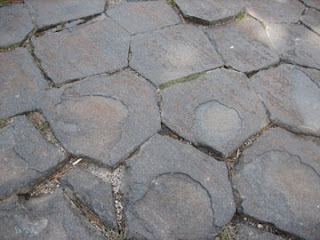 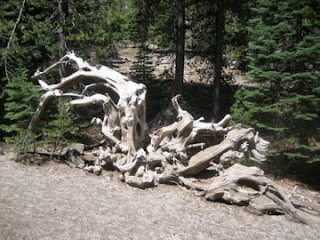 The things you see in nature! This is the root system of a fallen tree along the trail.
Posted by Cyndi at 4:46 PM No comments:

The town of Mammoth Lakes is located within an ancient caldera, and signs of volcanic activity are everywhere - cinder cones, lava flows, hot springs, tuff, pumice, ryolite, and constant earthquake activity. On Minaret Road there's even a good-sized fissure in the earth. Geologists argue as to whether it's a fault or just a fissure - but either way, it's interesting to look at. 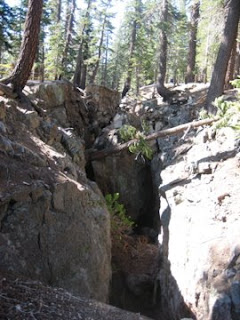 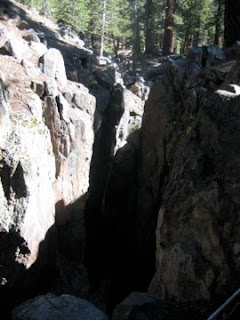 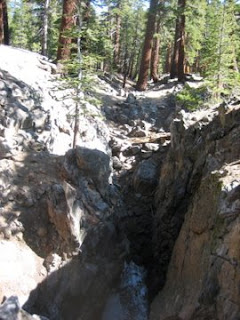 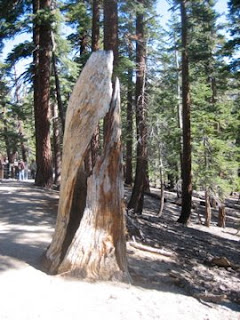 I thought this old snag looked pretty cool!
Posted by Cyndi at 4:31 PM No comments: 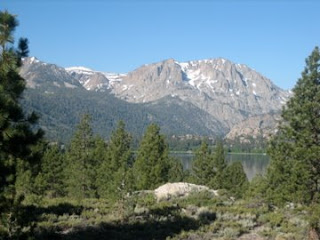 This was the view from our campsite at Oh! Ridge Campground on June Lake. This is one of our favorite places, because of the unlimited fishing possibilities, the views, and the nice spacious campground. We stayed here for 7 nights, and I'm now typing this from an RV park in Bridgeport (because now I have electricity and WiFi).


One of our day trips was up Tioga Pass towards Yosemite, where we intended to go to Saddlebag Lake. Once we got up there, though, we discovered that the road to the lake was closed because the lake is still frozen over. The creek here was not, so Don was able to put on his waders and go try a 2-mile stretch of it that runs between Saddlebag and Ellery Lakes. 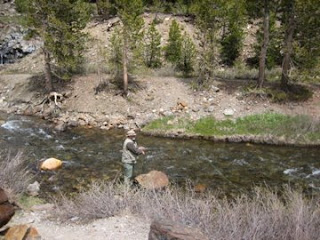 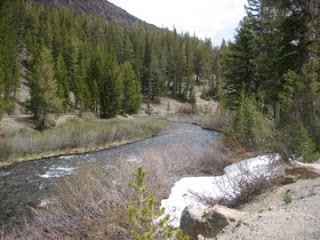 I just put my chair out next to the truck, grabbed my stitching stuff, and had a wonderful day.
Posted by Cyndi at 4:21 PM No comments: