After we found the water truck cache, we spent a couple more hours tracking down some more caches.  All off these were quite easy - since the one that was difficult was the one we didn't find!

This one was our first micro/small cache.  It was a "log only" cache, and it was in this railing - attached with a magnet. 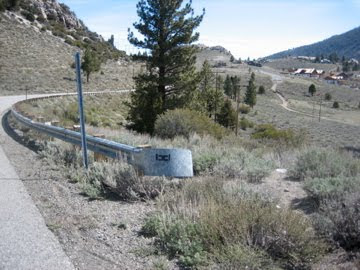 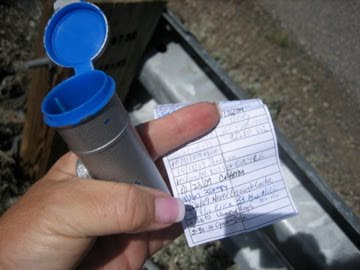 Next up was one associated with a view of Gull Lake.  We found it after scrambling around some pretty large boulders on the side of a steep hill - but it was a blast trying to get the GPS to hone in on it. 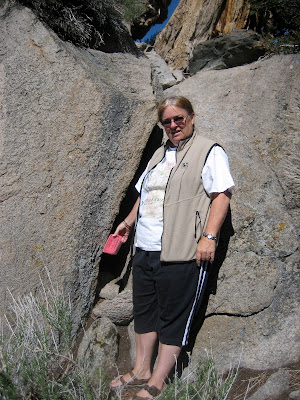 This is the view associated with this cache:  Gull Lake with June Mountain behind it. 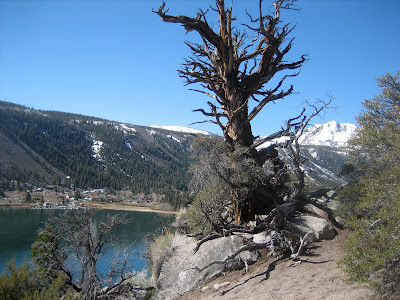 Don found the next one - after I spent a long time looking around on the ground. I won't tell you where it is, but he spotted it after standing back and looking for something out of place with nature. In the photo below, he's standing at the mouth of June Lake Mine - something we never knew existed in our 20 years of coming to June Lake. 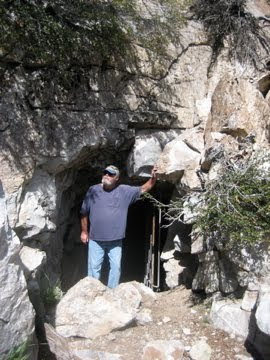 The mine is situated in the center of the picture below: 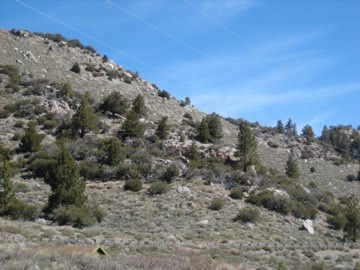 The next cache we found was another micro, and it was located here: 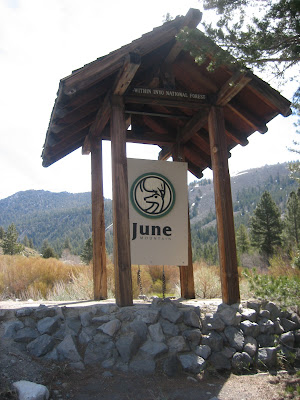 The last one for the day was at Gull Lake.  When we parked, my GPS was pointing right AT it, and I briefly thought it would be there - but I misread the description.  We spent 10 minutes looking for a LOG, when we should have been looking for a ROCK.  Once I re-read the directions, I went right back to the original spot and pulled out the little camo box. It had some of those little monkeys from the game "Barrel of Monkeys," so I took one of those and left one of my dominoes.

The one we didn't find?  Well, it should have been on the side of a hill, under a bush, next to a pile of rocks - and we looked for 30 minutes and never found it.  Pretty frustrating; but I guess that happens!