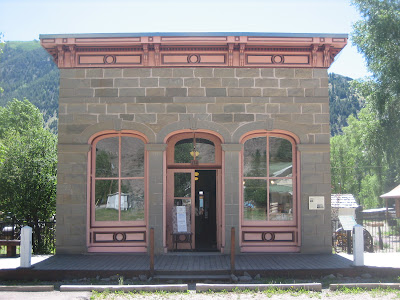 Wednesday, June 16 - we'd heard at the barbecue Monday night that the museum had been greatly improved in the past few years - we'd visited it 8-10 years ago. So we went again to see what else they'd done with it.  One of the biggest things they'd done was add a lot of outdoor exhibits and a transportation building - those weren't there the last time we went.

Inside, the first thing you come to is a textile exhibit - complete with a loom, spinning wheel, sewing machines, and samples of clothing from the days when Lake City was first being settled. 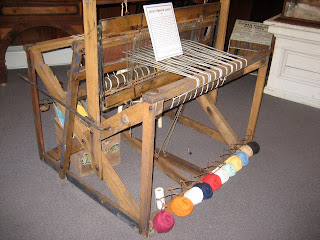 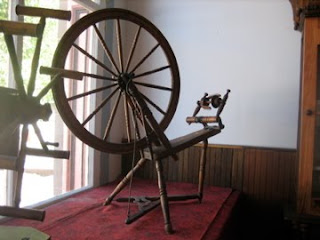 Moving on from the textiles we saw a collection of late 19th Century glassplate negatives from pioneering Lake City photographer Thomas E. Barnhouse.  These were photos taken during the mining days and were a fascinating look at how life was a century and a half ago.

There was still an Alferd Packer exhibit (see my previous post), as well as exhibits about musicians an music of the times, antique firearms, and an example of an assay office: 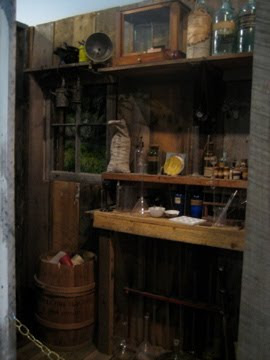 Outside was an example of a jail, which Don briefly explored: 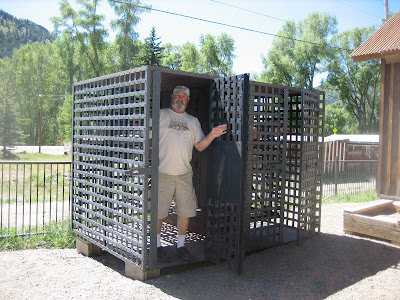 Next, we visited the new transportation building, which had an old fire tender wagon, a boiler train, some wagons, and lots of old signs. Next to that was an old caboose, which you could enter and see in its restored condition: 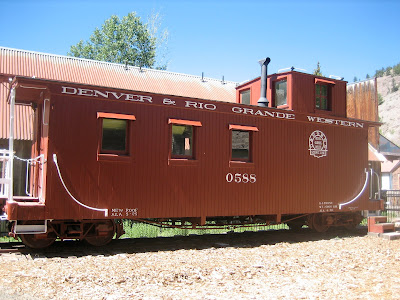 Also outside was an old playhouse - and the placard stated that there are still Lake City citizens who remember playing in it as a child: 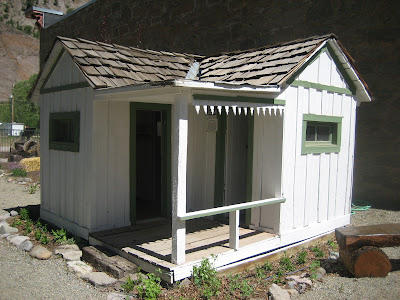 The last exhibit was a restored 2-room home, complete with a fully-equipped kitchen, and a bedroom/living room with a child's bed. The bed had this antique quilt on it: 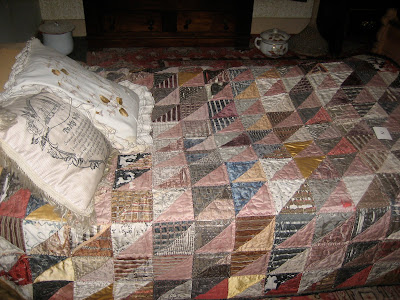 We think the repeat visit was definitely worth the $6 entrance fee.
Posted by Cyndi at 1:48 PM

So any interesting places I want to see "someday!"

I enjoy seeing collections and rooms from days gone. It makes me remember how much we have and how little we really need.