How I Spent My Birthday, Part 3: Red Lodge to Cody 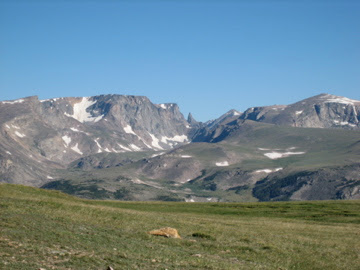 The next morning, we partook of the free breakfast at the hotel (carbs, carbs, carbs - the only protein was a hard-boiled egg), and headed back to Cody. Back up we went, this time stopping at the West Summit for a while for some picture-taking. To the left, in the center of the photo, is the Bear Tooth, for which the mountains and the highway are named. 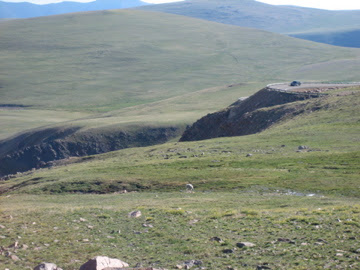 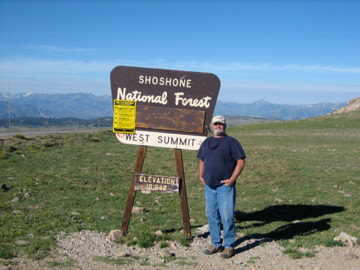 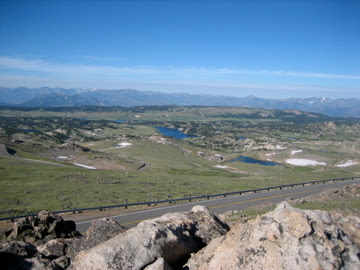 If you look closely, you can see a lone mountain goat grazing in the lower center. 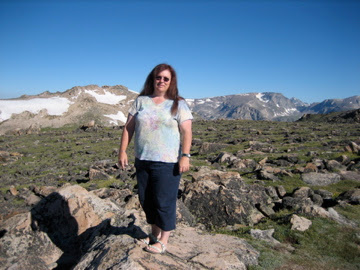 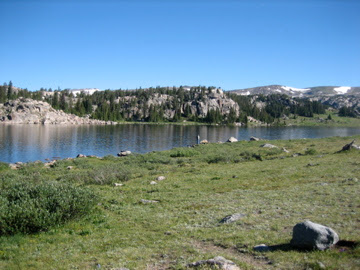 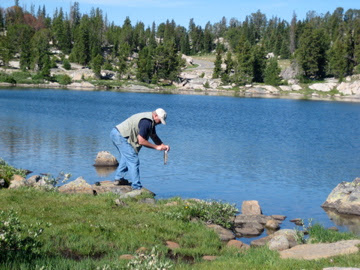 I really don't like having my picture taken, but I've been told that it's necessary for "posterity."


This picture, to the right, is now in at least five other vacationers' photo albums. We stopped at Little Bear Lake for a while, so Don could try fishing that one. So many people stopped, got out, and exclaimed, "Look, a fisherman. What a great picture!" or something along that line. Indeed, it was a beautiful shot.


Here he is, letting go of a small brook trout from Little Bear Lake.
Posted by Cyndi at 10:24 AM