Big Springs, Idaho - the begining of the Henry's Fork 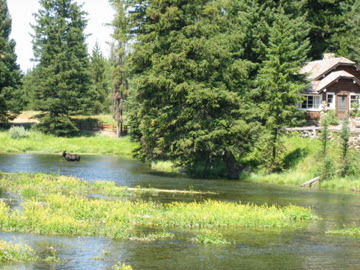 About five miles from Henry's Lake is Big Springs. Here, waters from the Yellowstone Plateau have percolated down through the basalt and come out, thousands of gallons a minute, forming the headwaters of the Henry's Fork of the Snake River. From 1929 until 1953, a German immigrant named Johnny Sack lived in this little cabin he built himself, which is now open for visitors and run by the Forest Service. See the moose? 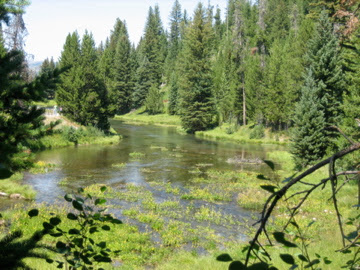 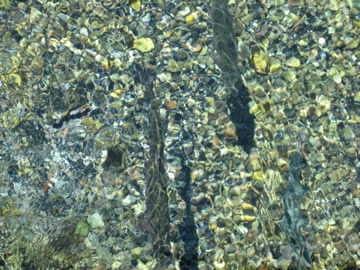 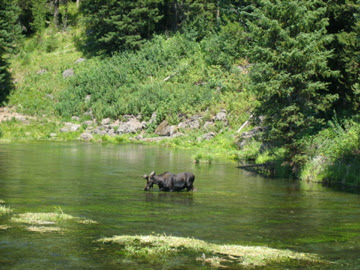 This is just one small "corner" of the springs, where the water flows out of the ground.


Trout and whitefish gather at the springs to feed and spawn, depending on the time of the year, and these huge trout were just hanging in the water below the bridge.

This young moose was enjoying his lunch of rich vegetation from the springs.
Posted by Cyndi at 10:26 AM