How I Spent My Birthday, Part 1: Cody to Cooke City 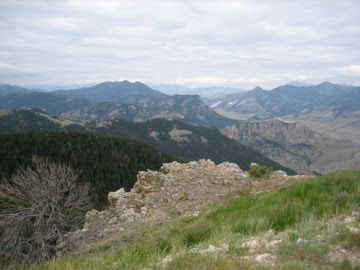 July 10 was my 51st birthday, and we decided to really have some fun. I'd made reservations at a bed and breakfast in Red Lodge, Montana, and we drove the famously beautiful Beartooth Highway to get there and back from our campground west of Cody.

After an early breakfast, we drove north out of Cody through some beautiful country, and went up to the top of Dead Indian Summit. Way back in the late 1800s the Nez Perce made their infamous run through the northwestern U.S. in an attempt to escape the cavalry and get into Canada. Chief Joseph led them down the Clark's Fork of the Yellowstone and up over this pass, which back then must have been horrendous. One of their party fell ill and was left to die at the summit, hence the name. From the top you can look west into Yellowstone country, with views of the Absaroka Range and the canyon of the Clark's Fork. 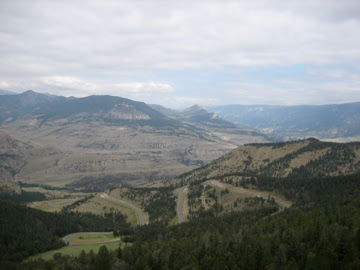 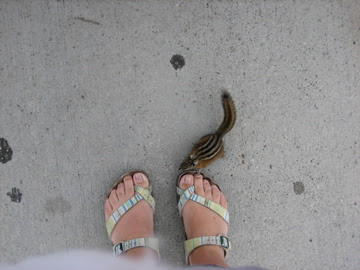 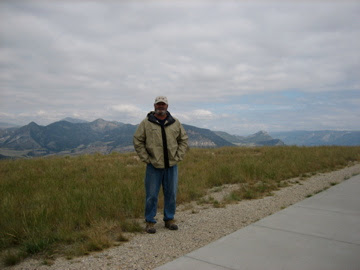 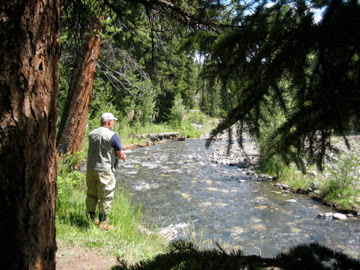 The rest stop/viewpoint is populated by dozens of little chipmunks, who apparently have been fed by humans and expect handouts from everyone. This little one was hoping I had some treats on my toes!


It was windy and cold up there, so we were glad we'd brought jackets.


Along the road into Cooke City we stopped to fish Fox Creek and the Clark's Fork. Don hooked some nice cutthroats and brook trout.
Posted by Cyndi at 10:22 AM