We took a drive through the northern part of the park today.  First stop was Undine Falls: 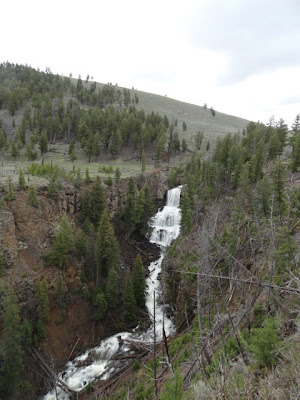 Next, we headed east on the main road, and saw herd after herd of bison all over the place. Right after we crossed the bridge over the Yellowstone River, we saw a small herd close enough to the road to get photos of the babies. 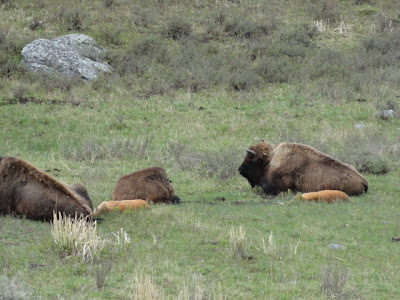 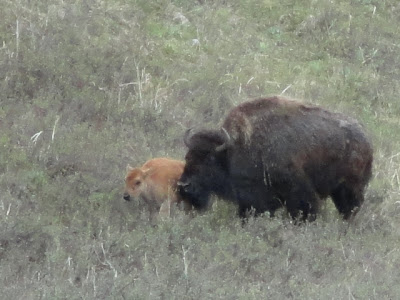 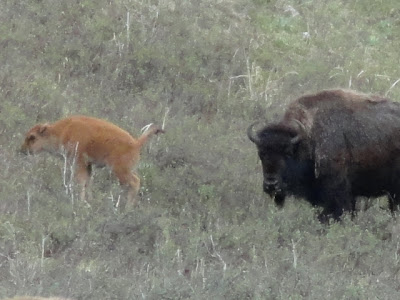 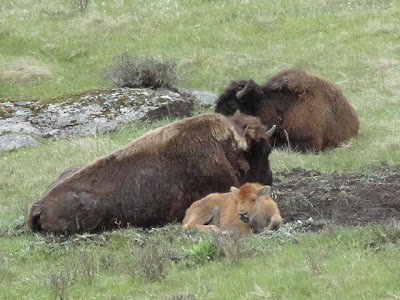 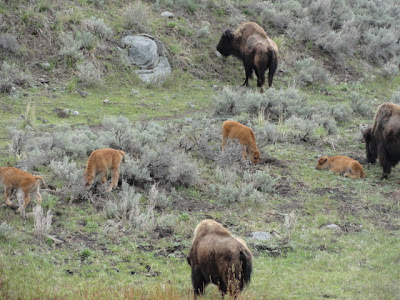 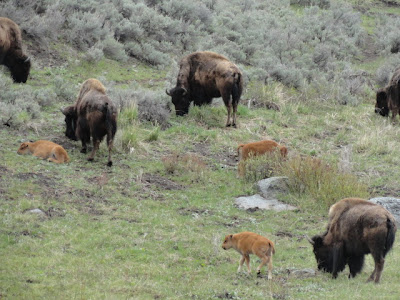 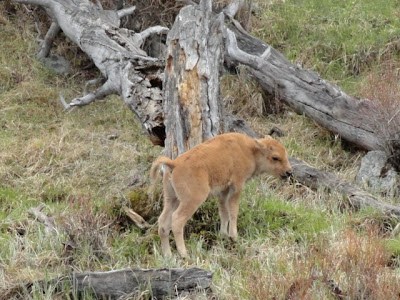 We turned onto the Lamar Valley road at Roosevelt-Tower, and headed up the Lamar River about 15 miles to Soda Butte.  It's the formation for which Soda Butte Creek is named. 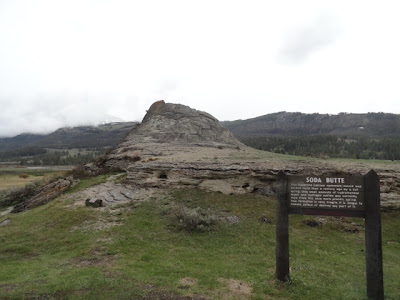 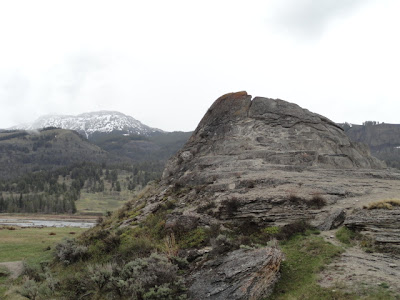 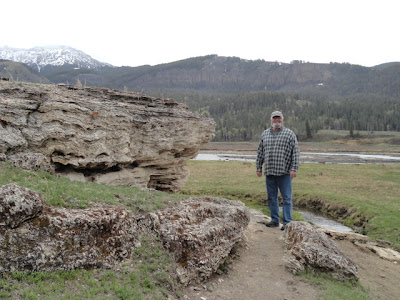 Right where Don is standing are the vents from which sulfurous gas is still escaping. It really stank there.

After we left and headed back west, we stopped for lunch at a wildlife viewpoint near the trailhead for the Lamar River.  We ate lunch, and then sat for a while -- we saw bison, pronghorns, a sandhill crane, and a moose.

Then, about 2 miles farther on, we stopped with a huge crowd of people to watch a standoff in the river between and elk and some wolves.  The wolves were hanging out in a small grove of trees, not attacking the elk.  The elk was on an island in the river - the fast-flowing part of the river was on three sides, and the easy, shallow way out was where the wolves were.  We heard the standoff had been going on for almost an hour, and we watched for another 15 minutes.  As we were leaving, we saw the elk swimming in the deepest and fastest part of the river, and she did make it to the other side.  We don't know what happened after that.

Our last stop was at a self-guiding nature trail, where we walked around and looked at exhibits related to geology, animal life, trees, flowers, and the fires of '88. 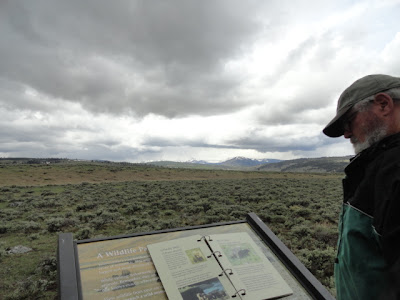 After a stop for bread at the store in Gardiner, we're now watching some TV and I'm getting ready to put some chicken in the oven.

While it rained on us several times today, most of the day was quite wonderful!
Posted by Cyndi at 2:36 PM

Ah, Yellowstone. How we love that park. We spent two weeks in Fishing Bridge campground last summer. We hiked the old road to the top of Mt. Washburn. It's a relatively gradual incline most of the way up. If it's a clear day, you'll have the most incredible view from there. Only thing is, at this time of year, it may still be snowed in at the top. We went in August.

Enjoy the rest of your time there. I hope the weather clears up.

I am not sure what it is, but I can sit and watch buffalo for hours:)

AWWW the babies are so Cute!! Its been yrs since Ive been to Yellowstone, Have fun!!!!

Glad to see you are having some very interesting adventures. Love the bison pictures!