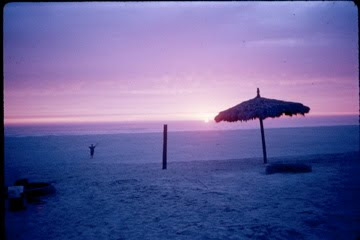 Oceanside, California
May 1996
I took today off - lately my back and neck have been killing me. I would feel fine in the mornings, and then as each day went by, the neck would start cramping up and pain would start  moving across my upper back.  No doubt it's stress - I've had a nice day here at home - did some quilting, watched some television, took a nap, made a dessert pizza after dinner, and am now enjoying Flashforward and computer time. And of course, my neck and back don't hurt at all.  It'll be nice when school's out!
Kenny's flying in tomorrow night - I have an awards dinner in San Bernardino, so Don's going to Palm Springs to pick him up. He's been in a class up at Beale AFB in northern California, and is coming here on leave for 2 weeks before he goes back to Japan. I'm glad the timing worked out that he's here for Mother's Day.
Speaking of Mother's Day - Don asked me, like he always does, what I wanted.  We usually go out somewhere nice to eat.  I decided that this time I don't want to go down the mountain to find a place and fight the crowds.  Instead, we're going to breakfast at our little Mexican restaurant here in Forest Falls (it's the only restaurant up here, and they make nice Huevos Rancheros), and then I'm making a roast, potatoes, carrots, etc. for Kenny and Theresa. She can come up after she gets off work at the casino.
I just realized that when we leave this house I won't have my DSL any more - and since my email address is tied to my DSL provider, I'm going to have to change my email address.  I suppose it'll be a gmail address - it's free, and I like the other google services.
I'm worried about our Anaheim Angels. Their pitching has really, really been in the tanks lately.  And what's with Brandon Wood? Poor guy - a starting third baseman in the majors, and is batting below .180.  We traded away Chone Figgins for this? So sad to watch the team struggle these days.
That's it for my Thursday thoughts!
Another Day Closer...
Posted by Cyndi at 8:34 PM