We packed up a lunch and left after breakfast today for a trip to Rito Hondo - a small reservoir near Spring Creek Pass.  The aspens are getting yellower and yellower - look for them in the pictures! 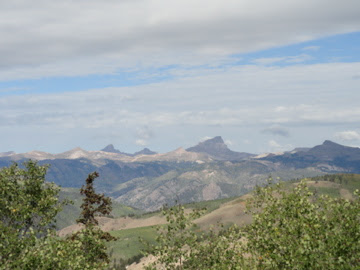 Our first stop was the Windy Point viewpoint, where you can get great shots in three directions. The one above looks slightly northwest towards one of the highest peaks in the area - Uncompahgre Peak (14,309'). Two peaks to the left of it is another fourteener, Wetterhorn Peak (14,013'). The peak on the right overlooks the town of Lake City - Crystal Peak (12,933'). 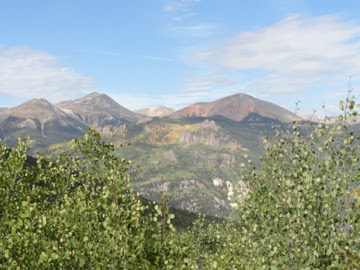 This is the view looking slightly southwest towards Red Mountain, and just to its left is another fourteener, Handies Peak (14,058').  The picture is a bit blurry, but you can see the swath of yellow on the upper slopes. 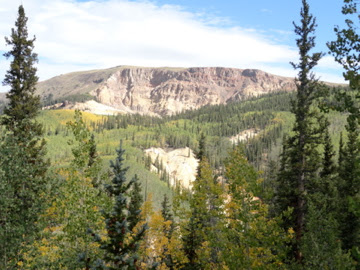 This is the view northeast towards the top of the Cannibal Plateau, where, 850 years ago, a huge chunk of the Plateau broke off and slid down the mountain. It formed an enormous slide about 5 miles long, which dammed up the Lake Fork of the Gunnison, forming Colorado's second-largest natural lake, Lake San Cristobal. (The largest is Grand Lake, up near Rocky Mountain National Park.)


Our next stop was Rito Hondo Reservoir, which sits at 10,050'  just below the Continental Divide. Don geared up and took his float tube out for a day of fishing
. 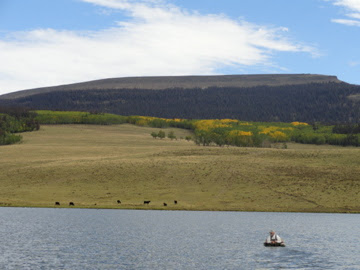 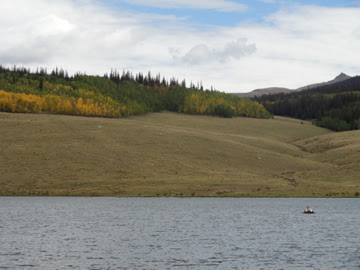 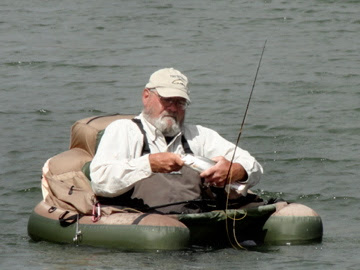 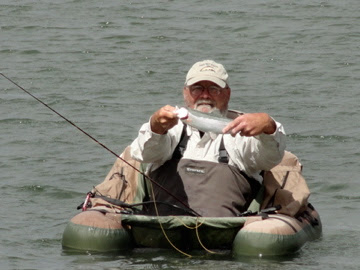 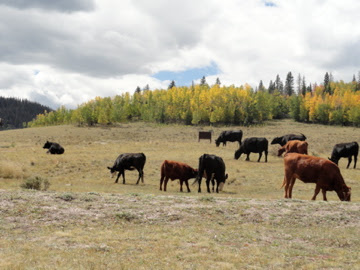 There are many cattle grazing up here in the national forest - part of the "multiple use" policy.

On our way back to Lake City, we decided to go down to the Deer Lakes to see if we could find a moose or two. We've been told there's a huge bull and a cow with calf, and since it was late afternoon we hoped we'd see one of them. We didn't. But I did see a couple of pretty ponds: 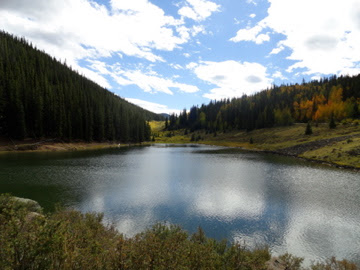 This is Lower Mill Creek Pond. 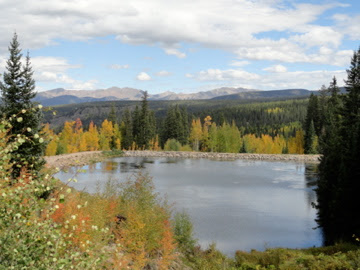 We made it back down to Lake City in time to have dessert before dinner - ice cream at the Soda Shoppe.

Love the pictures of Don - in his element!