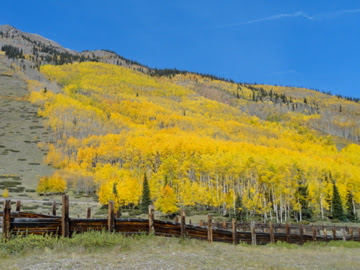 Today we drove up Henson Creek to Capitol City, in search of fishing, yellow aspens, and historical sites. We checked all three off the list. 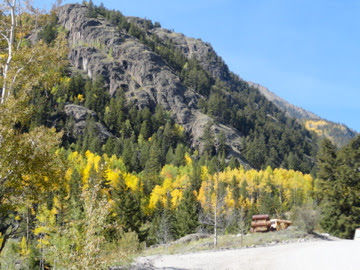 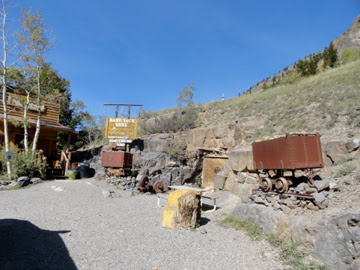 Hard Tack Mine - once a working mine, now a summer attraction that offers tours. We took one about 15 years ago and I remember it was pretty interesting. 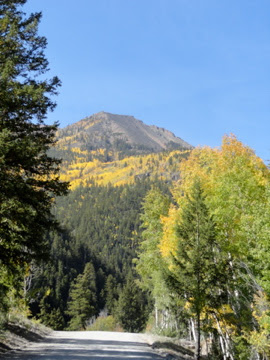 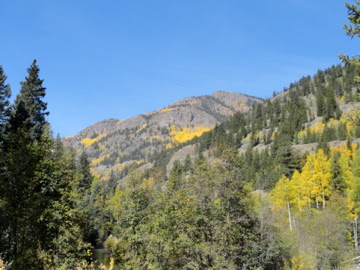 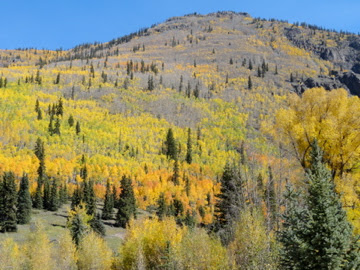 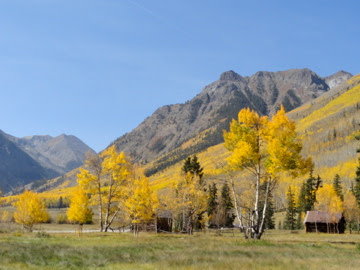 This is the site of Capitol City, established by George Lee in 1877. He thought it was in such an ideal location that it was sure to become the capitol of the state.  It had 400 people in its heyday, and now all that's left are a couple of old cabins and two brick kilns. 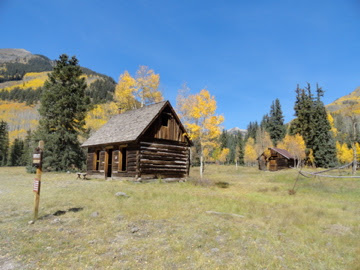 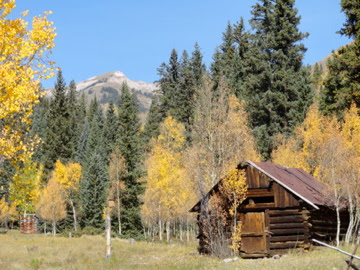 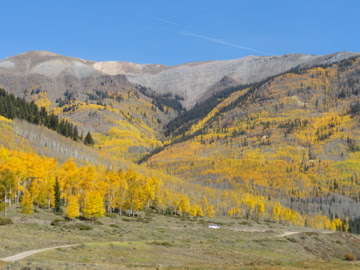 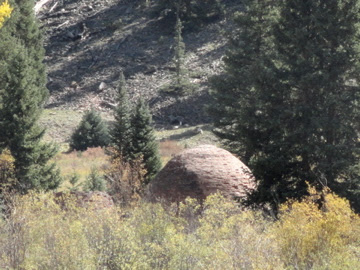 This is one of the two brick kilns. The photo was shot from far away; there's a large swamp between the road and the kilns. 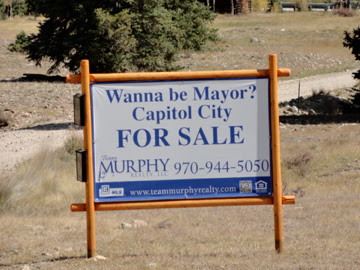 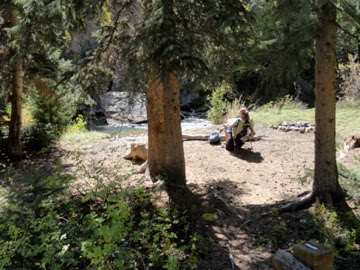 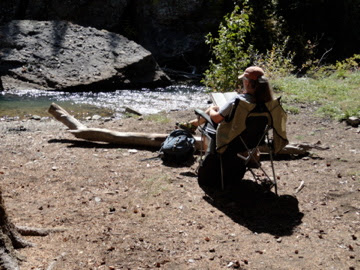 We stopped at a good spot where Don could fish the creek for a while. This is what I do when he fishes. 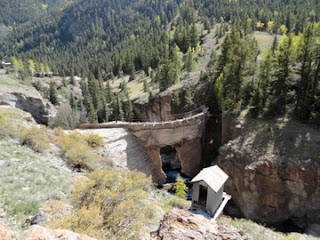 Remnants of one of two dams on the creek, built in the late 1870s by the operators of the Ute-Ulay Mine. 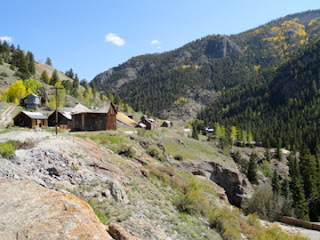 The old settlement of Henson was founded in 1871, along with the Ute Ulay Mine - which still remains an active claim. They're just waiting for the price of silver to go back up! 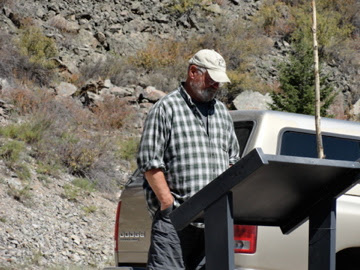 Don's reading the placard about the mine strike back in the 1880s. 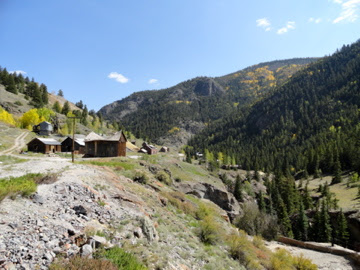 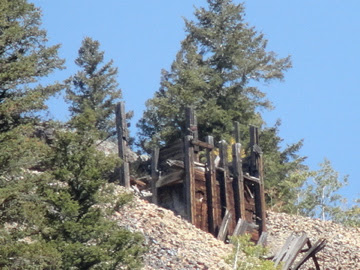 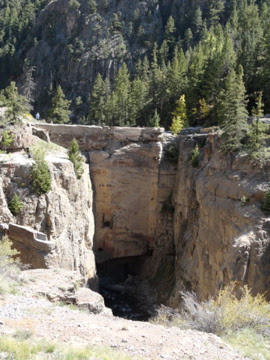 This is the lower of two dams built on the creek. 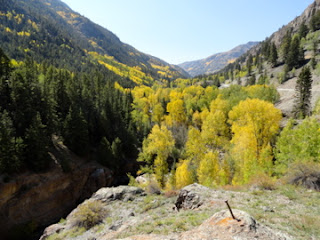