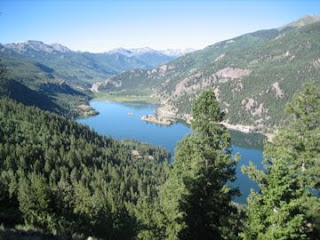 Lake City is one of Don's favorite places to go, because of all the fabulous fishing opportunities. One of them is Lake San Cristobal, Colorado's second-largest natural lake. (It's not a reservoir, and is currently the center of a lot of local controversy about that fact.) 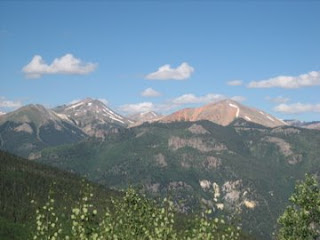 Grassy Mountain, on the left, and Red Mountain on the right. 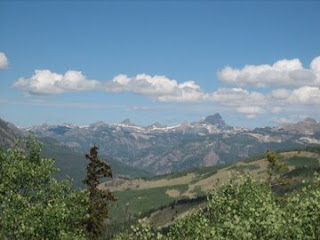 Five 14'ers, or peaks over 14,000 feet, are close to Lake City. In the picture at left, the biggest one (in the center) is Uncompahgre Peak, and two peaks to the left of it is the Wetterhorn. 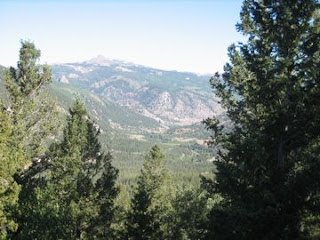 It's a little hazy, but that's Lake City in the center of the photo, with Crystal Peak above it.
Posted by Cyndi at 9:39 AM