We were watching the weather forecast - our plans had been to go to Chiricahua National Monument on Friday - but with a major storm coming in, we decided to go after we set the trailer up. But first, lunch.  We'd gotten a recommendation in Bisbee to make sure we ate at the rail car.  Big Tex BBQ is built around a real railroad car, and we both had the barbecue brisket sandwich.  It was huge!  And good.

We then drove southeast to Chiricahua National Monument - a place that's always been on our bucket list. We stopped at the Visitor Center, where we saw a little film and the exhibits. We learned that the formations were created from volcanic ash.  A huge volcano had erupted, and the ash was compressed into rock over the eons. Then fissures and cracks formed, and water eroded the rocks, leaving the hoodoo-like formations.

Next, we drove the 8-mile drive up to Massai Point, where we walked a short nature trail.  We didn't stay out long - it was really windy, and I didn't have earmuffs or a hat, and my ears started aching horribly. So we took lots of pictures at the top and on the way back down. 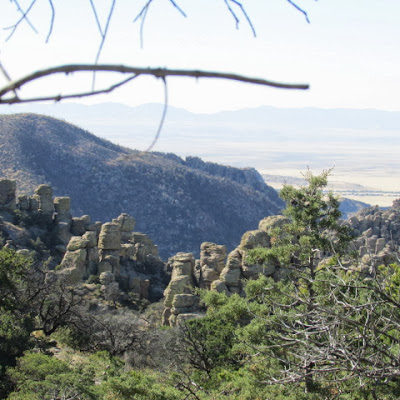 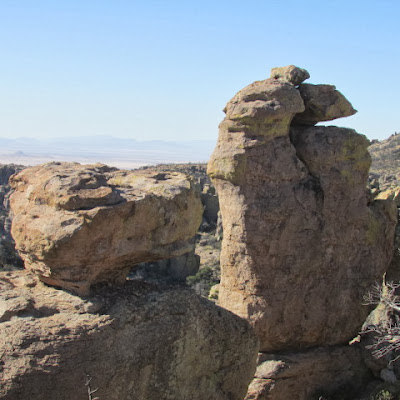 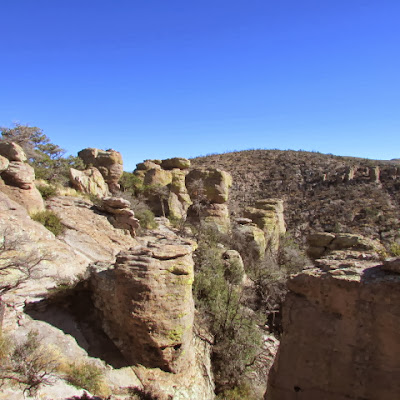 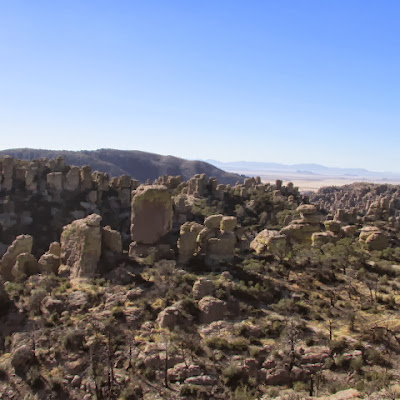 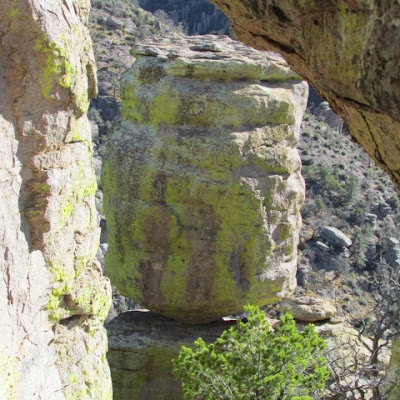 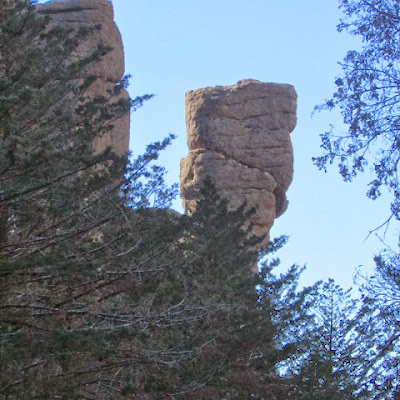 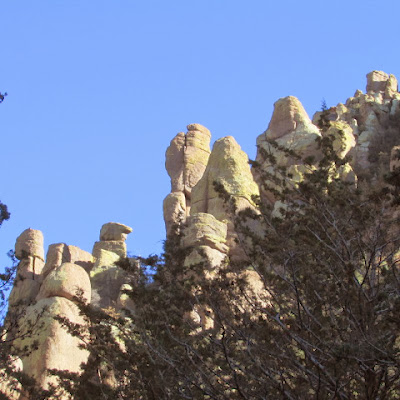 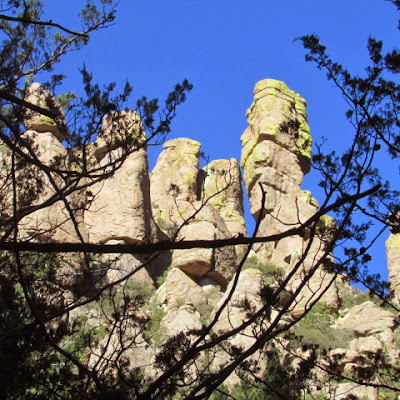 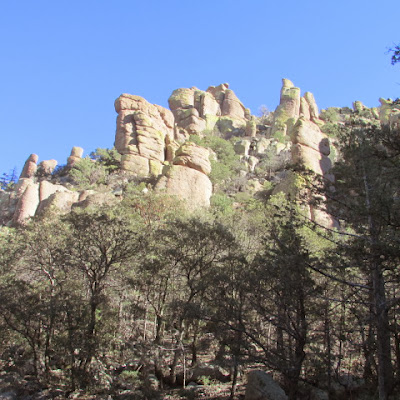 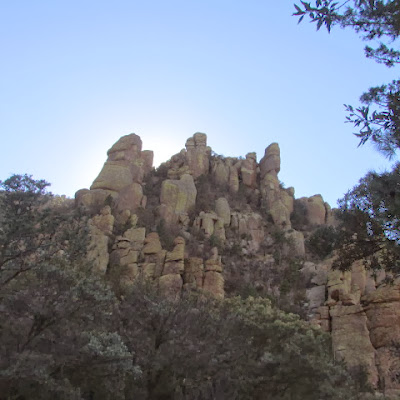 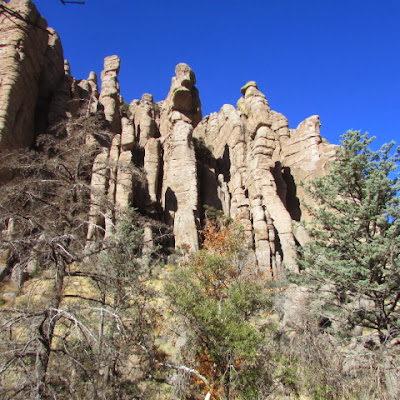 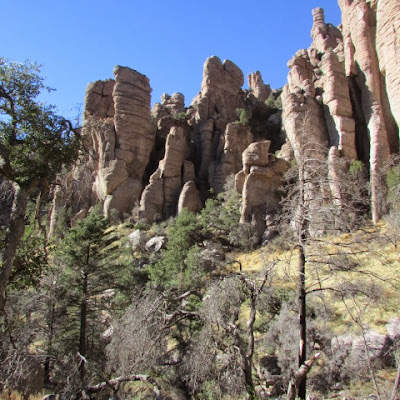 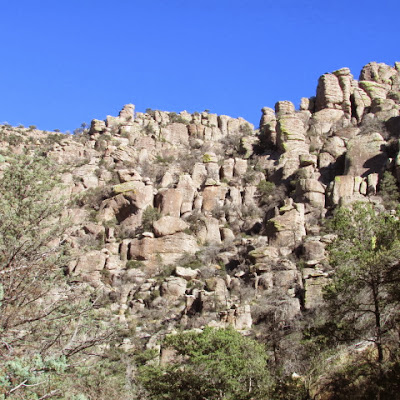 Those pictures brought back some great memories-Thanks:)