We visited two places today that were relevant to significant parts of the history of the United States, especially the Southwest.   First up was the Coronado National Memorial, south of Sierra Vista and really close to the Mexican border.

Those of you who know me well know that I attended two high schools - the first was in Germany, and then the one from which I graduated - Coronado High School in Lubbock, Texas.  Our school was named for the Spanish explorer Francisco Vasquez de Coronado, who led an expedition through the Southwest in search of the Seven Cities of Gold. He never found them, and was apparently misled by the Indians to look out on the Great Plains. He got as far as Kansas, and either on the way there or on the way back, he passed through the Llano Estacado, or the "staked plains" of western Texas and eastern New Mexico.  I remember seeing a few roadside historical markers about the expedition passing through that area. 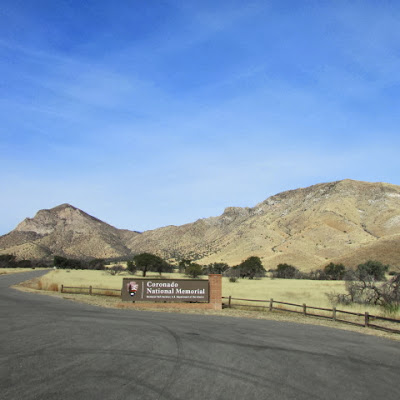 We're just outside the memorial here, and we'll end up at the top of that canyon in the left center.


First, we stopped at the Visitor Center, where we watched a short film about the expedition, viewed the exhibits, and had a short talk with the ranger on duty. We found out that the National Park Service creates Parks and Monuments named after people and places, and Memorials are named for events. I learned that the expedition really didn't come to this canyon, but did go north up the nearby San Pedro River corridor. I asked her, "Why here?" since I wondered how the memorial ended up in this canyon. The answer had to do with the woman responsible for the eventual creation of the memorial, and her donation of the land for it.

Next, we drove west up the canyon - one mile on a paved road, and then two steep and winding miles on an unpaved road - to the top of Montezuma Pass (6575').  From there, you can look south and southeast into Mexico, along with the clearly defined border fence built a few years ago.

From Montezuma Pass there are several hiking opportunities.  If we were through-hikers on the Arizona Trail, which runs from just below here on the Mexican Border all the way up to Utah - we could head north up into the Huachuca Mountains. If we had a way to get back to our truck up here, we could take Joe's Trail 3 miles across a ridge and back down to the Visitor Center. If you're interested instead in a short hike, you can do what we did - climb to the top of nearby Coronado Peak (6864').  It was just 300' of elevation gain in about half a mile - not that hard (but I did get nicely winded). 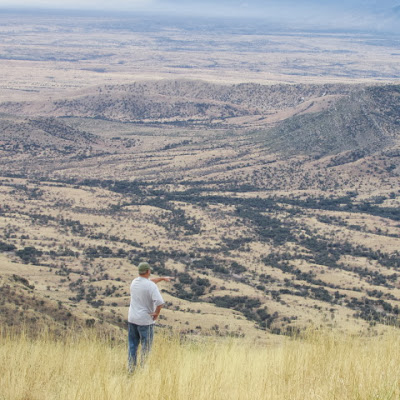 After a couple drinks of water, we headed back down the canyon and drove north to Fort Huachuca. Today, Fort Huachuca is a fairly big Army base, complete with several housing areas, a commissary and PX, and all the amenities of today's military bases. But this one has a history that began in the late 1800's as the American government waged its "Indian Wars" and worked to expand westward. The westernmost portion of the base is the original post - with the original parade ground, officer's quarters, enlisted quarters, and other buildings. We started at the main building of the museum which lies adjacent to the sloping parade grounds.  We learned about the two regiments of Buffalo Soldiers who served at Ft. Huachuca, along with numerous other soldiers who achieved fame - Pershing, Patch, and La Guardia, to name a few. 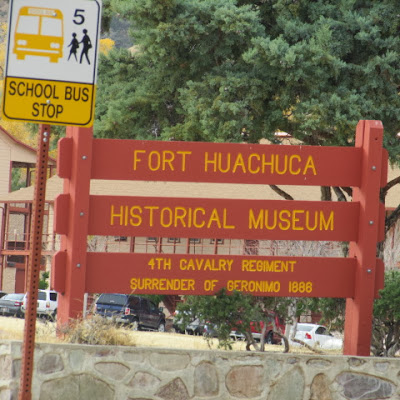 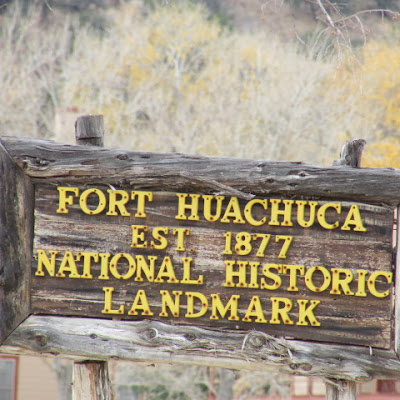 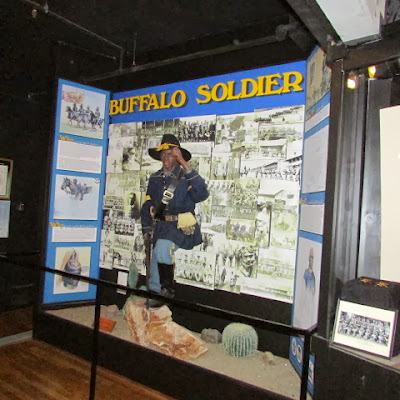 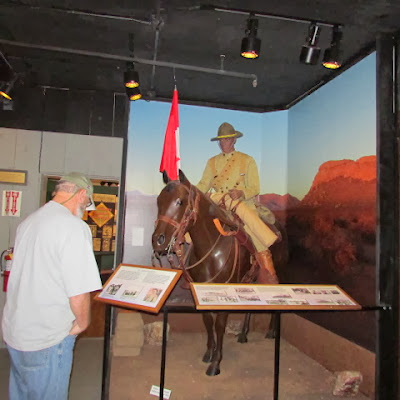 Next door to the museum is the Annex, housed in what used to be a theater. There are more exhibits about the Fort - some are set up as life-sized soldiers, horses, and wagons. 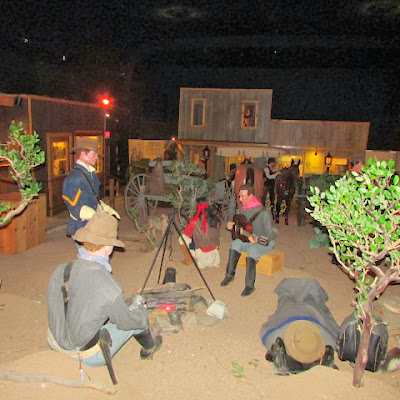 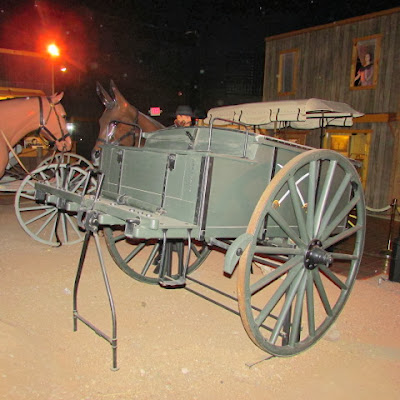 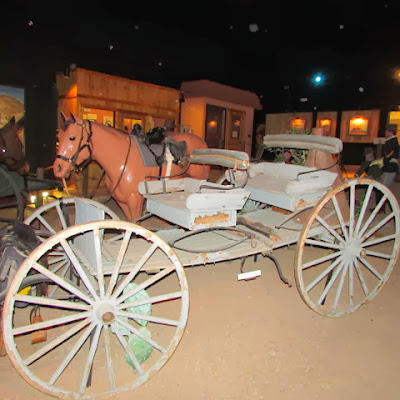 Walking around a museum always hurts my back (from all the standing) so we left and went back to our campsite.  There we enjoyed another mild evening and gorgeous sunset.

Great flashback for or visit there awhile ago:) Thanks!