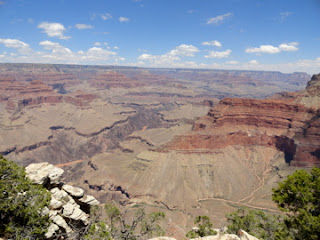 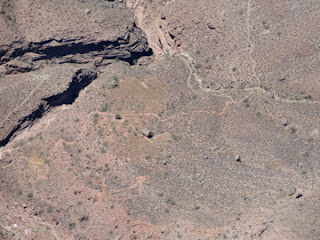 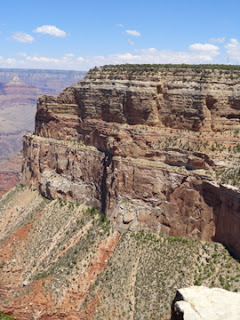 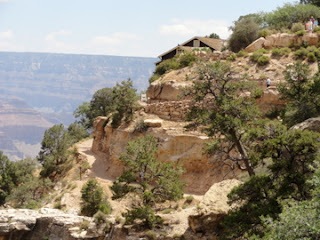 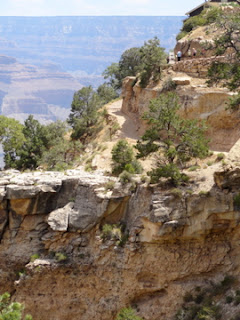 We got an early start on the day - but not after an enjoyable coffee together in the coolness of the morning. We had a quick breakfast of bauernfrustuck and headed off to see the canyon. We parked at the giant visitor center parking lot and walked out to Mather Point. 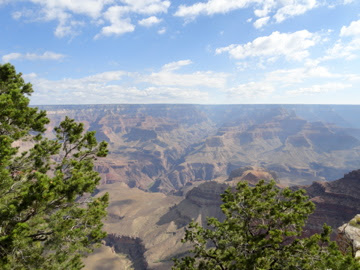 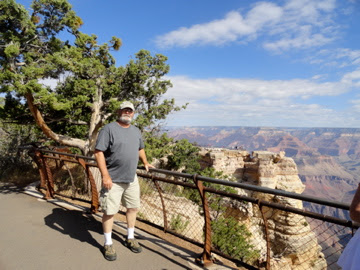 We then went to the Visitor Center and saw a 30-minute video about the canyon, and looked at a few exhibits. From there we  hopped on the Yellow Route bus that took us out to Yavapai Point.There's a geology museum there, as well as a few viewpoints for seeing the canyon. 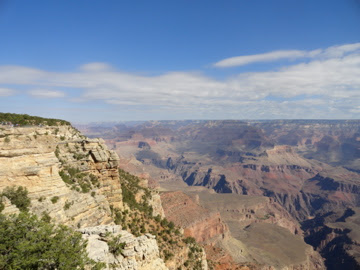 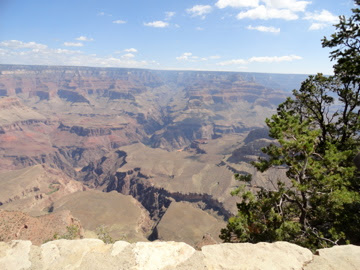 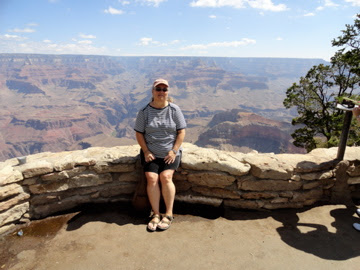 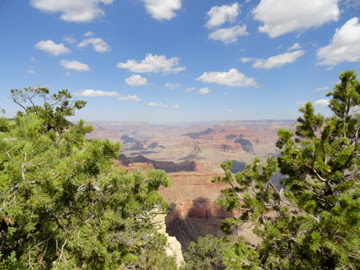 The yellow bus took us back to the visitor center, where we then hopped on a blue bus. This one took us through the main commercial portions of the park (stores, campgrounds, lodges/hotels, train station, etc.) and then to the transfer station for the red bus that would take us along the rim. 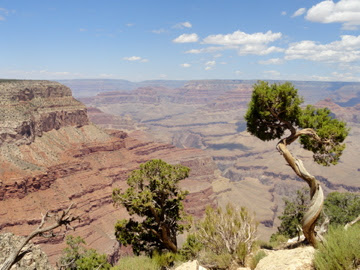 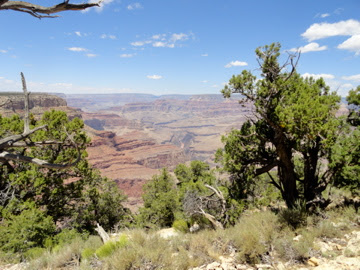 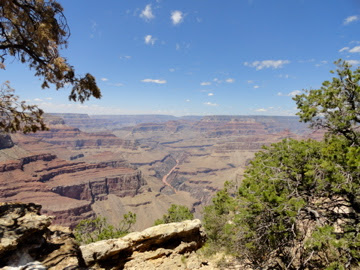 At one of the viewpoints, we asked a young man to take our photo.  I don't really like either one of these: 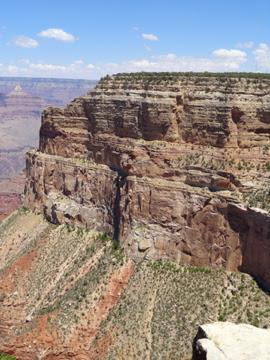 We finally made it to Powell Point, where we caught the red bus back to the transfer point, then the blue bus back to the Visitor Center and our truck. I was really glad I'd taken a bottle of water, but it wasn't enough. At Hermit's Rest we'd had two sandwiches and two lemonades for $13 for lunch, so we were happy to find iced tea at the store next to the Visitor Center.

Back at the campground, dinner was crusty French bread and brie, and a green salad. My sister Marilyn had suggested the bread and brie for a lunch idea; it sounded light and tasty after a long hot day. We sat outside until dark - and enjoyed seeing the stars come out.
Posted by Cyndi at 6:04 PM