We spent 3 wonderful days out in the desert - we camped at the Borrego-Palm Canyon Campground in Anza-Borrego State Park. That's the only campground with full hookups - and it has llooonnnggg, spacious pull-through sites. I left as soon as I could escape from work on Friday afternoon, and found Don already set up in site #7.  (We had decided this time to take the Liberty since we knew we'd be going 4-wheeling with Patrick and Patty.)  I told him that I had heard about the Galleta Meadows sculptures, and had seen pics on several other people's blogs, so we hopped in the car and went to check them all out.  They are all rusted now - when they were erected, they were silver-colored - so they look aged. One of the most fascinating things, to me, was the fact that anyone can camp near them on the Galleta Meadows Estates property.  There were 5 different RVs camped near the northern group.  I think if I were to camp there, I'd want to be in the section with all the bighorns. 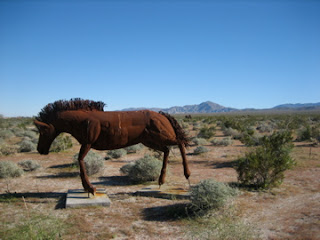 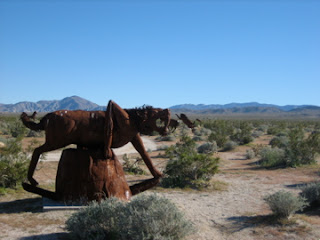 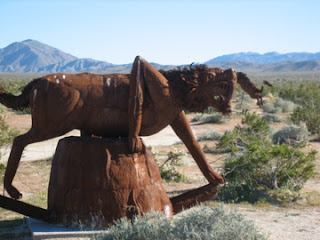 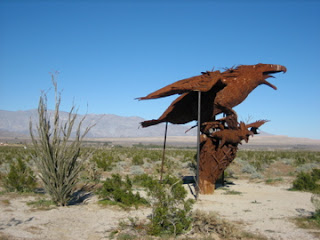 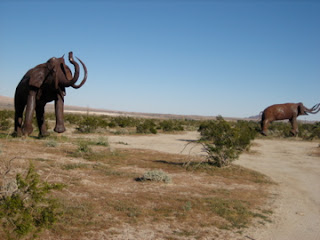 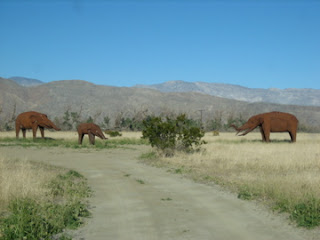 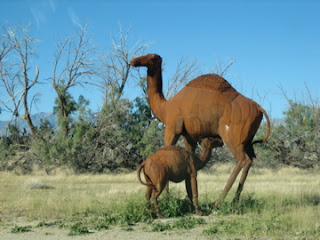 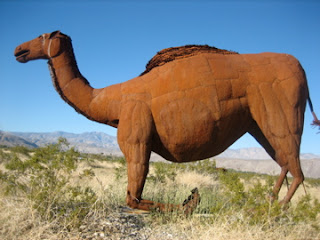 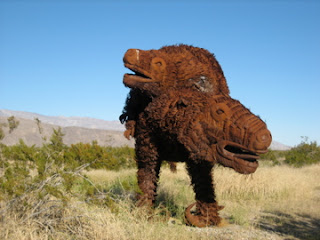 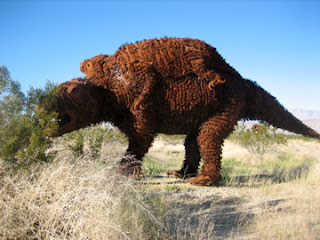 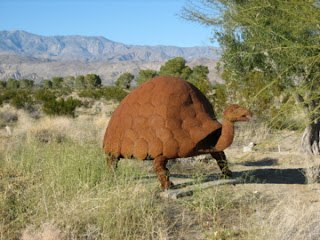 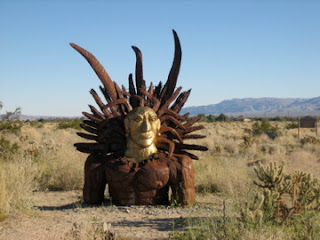 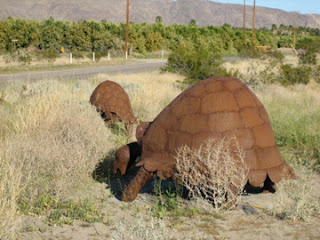 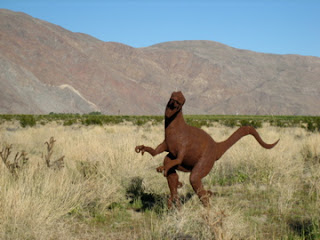 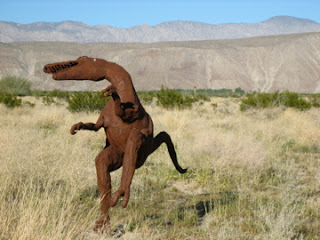 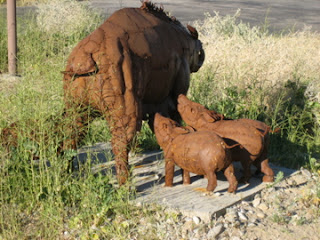 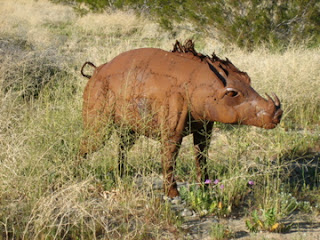 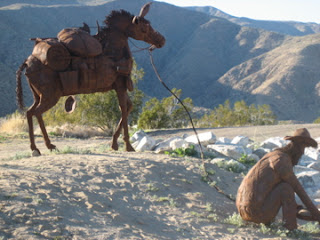 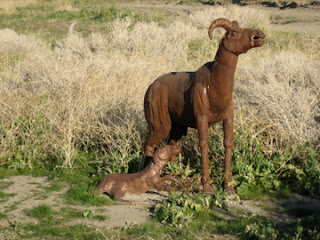 After that, we went back to the campsite, enjoyed our traditional chili dogs/first night out meal, and waited for Patrick and Patty to show up. They rolled in around 7. After a short chat in the chilly night air, we separated to our RVs and agreed to make plans over morning coffee.
Posted by Cyndi at 3:33 PM