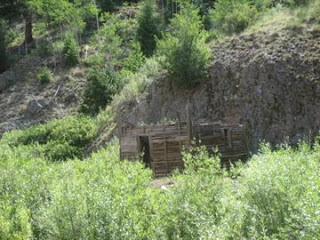 As you head north out of Creede up the Willow Creek Canyon, the first stop on the Bachelor Loop is the confluence of East and West Willow Creeks. This is where the original town of Creede was located. At right are the ruins of the old Creede jail. This is a view uphill at the Commodore Mine, which has 5 different levels spread out over 200 miles underground. The mine is the southernmost mine along the Amethyst Vein, which runs for many miles north of Creede. Ore production here ran from 1891 all the way to 1976. When I visited Creede in 1976, it was the last year of the mine's operation. 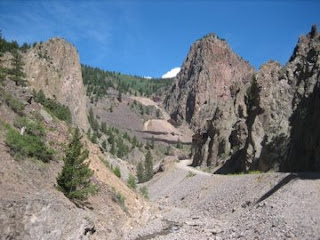 Looking north up the canyon towards more of the Commodore Mine. 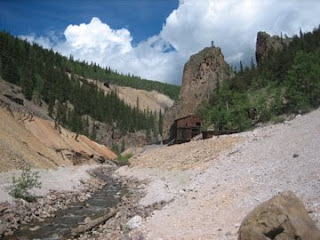 This is a view up towards the two richest silver-producing mines of the Creede district during the 1890's. The lower buildings are the ore house and main support buildings of the 5th level of the Amethyst Mine. Uphill are several buildings of the Last Chance Mine. This area was also the location of the town of Weaverville. It's weird to think that thousands of people lived and worked up here. 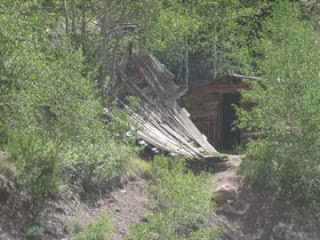 This was perhaps someone's home or business in Weaverville. 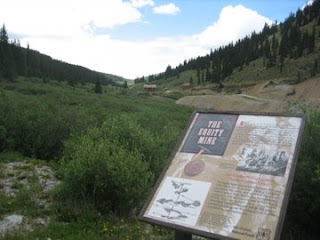 At the northernmost end of the Amethyst Vein is the Equity Mine - which is close to the Continental Divide and sits at nearly 11,000'. Production here was from 1912 to 1970. 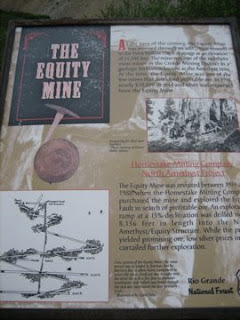 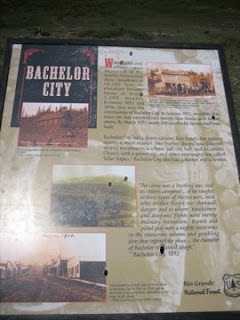 High up above Creede, spread across a wide "park," is the townsite of Bachelor. It is estimated that around 1200 people lived here - there were are dozen saloons, 4 hotels, 5 grocery stores, a meat market, 2 barber shops, 2 bakeries, several restaurants, a school, a jail, city hall, and a Catholic church with a parsonage. 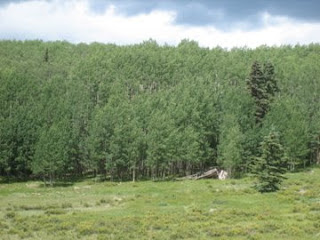 As you look west from the parking area, this is one of the few remaining ruins left in Bachelor. 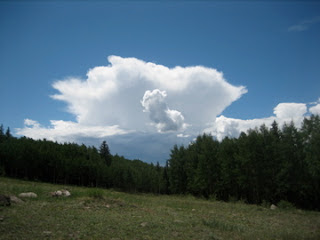 Looking south across the Bachelor townsite, I snapped this photo of a building thunderstorm. By the time we got back to Creede, it had moved northward and was raining on the town. 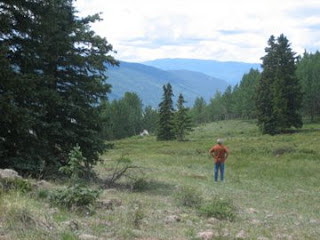 Don looks for more ruins in Bachelor.
Posted by Cyndi at 6:28 PM