While Don was fishing between thunderstorms yesterday, I decided to got try to find a couple geocaches that were in the area.

The first one was supposed to be an easy find - but, once again, I made the mistake of not wearing my hiking boots. In addition, as soon as I got to where the cache was supposed to be, I lost cell phone reception and couldn't get more information (such as hints and logs of other people).  It appeared that the place I needed to go look was across a small ditch and in some thick brush.  Oh well.

The second one was a "virtual" cache - you go to the coordinates, and then answer a question posted by the person who "placed" the cache. In this case, the coordinates were in downtown Dolrores, next to the railroad museum.  The question had to do with the Galloping Goose parked out front. I answered the question via email, and was rewarded with a response that had links to several videos about the Galloping Goose.  These were "busses" equipped for rail use to carry people, equipment and light freight between Dolores and Ridgway during the 1930s and 1040s. 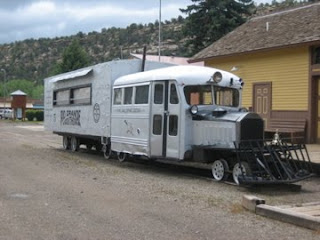 The next cache was also railroad-related. It was along an old railroad bed in Lost Canyon, to the east of Dolores. I spent about 15 minutes walking along the wrong side of the creek, but once I figured that out it was an easy find. 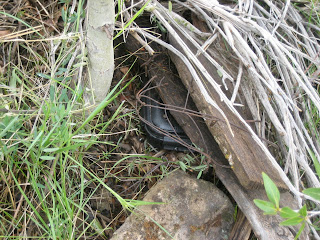 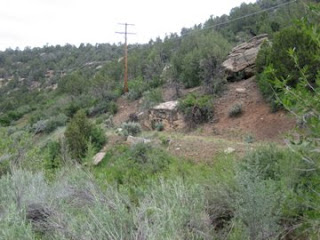