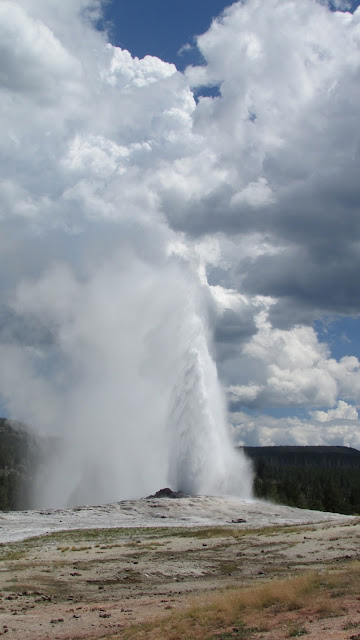 Since we arrived in Yellowstone in May, I had yet to visit the southern half of the park.  We decided to take a day trip to Old Faithful, so we could make sure we'd "crossed it off the list."  After a quick breakfast we hit the road and drove south on Grand Loop Road.  We passed Norris Geyser Basin, where we saw the tremendous plume of the erupting Steamboat Geyser.  It's the first time since 2005 that the geyser has erupted, and the steam and water could be seen from many miles away.  The ranger at Old Faithful who answered our question about what we'd seen told us it's the highest-erupting geyser in the world. 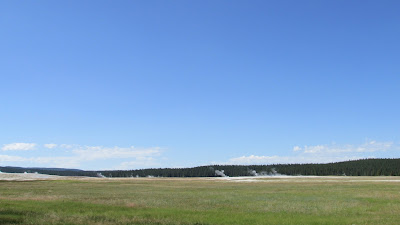 We passed several other geothermal areas, including Midway Geyser Basin, and arrived at Old Faithful around 11:00.  I spent a few minutes browsing in the general store there - nothing I really needed - and we ate burgers and fries for lunch at the Snow Lodge grill.

We then went to the new Visitor Center - it's only been open a couple of years - and watched a short film about the park. Then it was time to go see Old Faithful erupt.  There must have been several hundred people out there - quite a crowd. 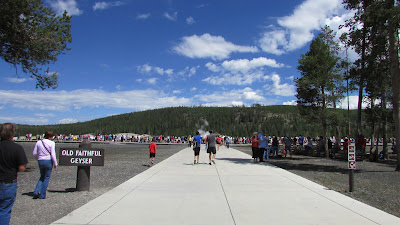 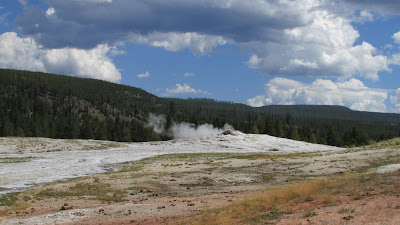 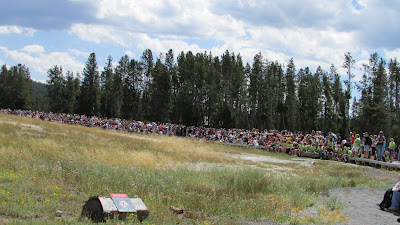 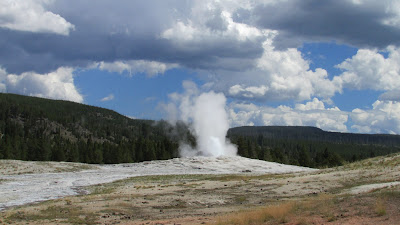 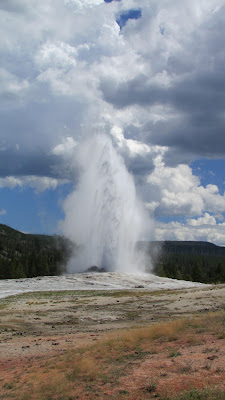 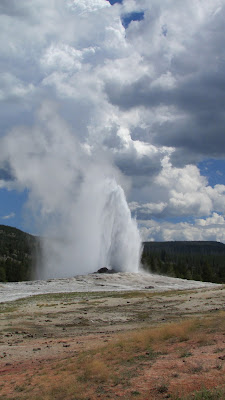 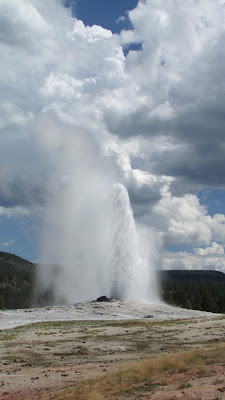 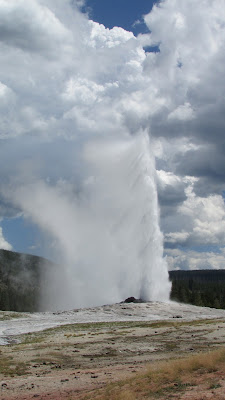 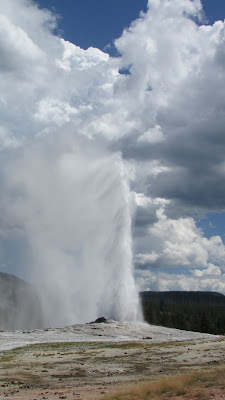 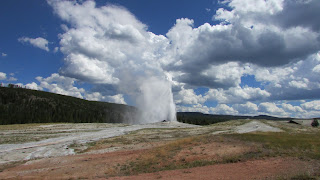 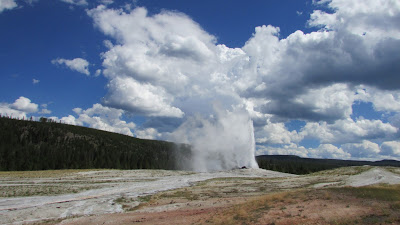 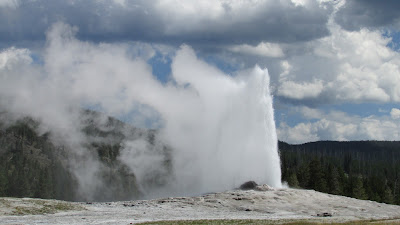 After seeing the eruption, we went back to the visitor center for a while longer, then headed to a spot on the Firehole River for a little fishing.  We didn't stay - the flies were biting so hard they drew blood!  We decided to go back to the place on the Gibbon we'd visited the week before.  Unfortunately, the flies were just as bad there - but I didn't realize it until Don was already on the river. So I sat in the truck and read until Don hollered for me to come look at a huge brown trout he'd hooked.  I saw it - it was huge - but it got off his line before I could snap a photo. 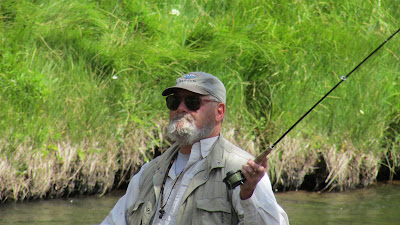 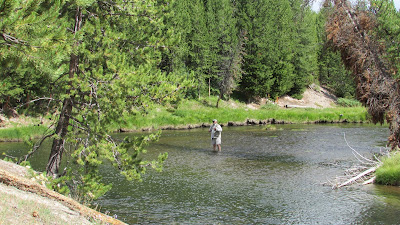 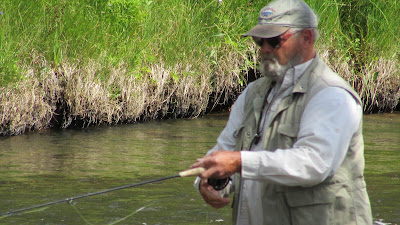 When we got back to the campground, this little deer was grazing in our "back yard."  She looks like she's pretty thin. 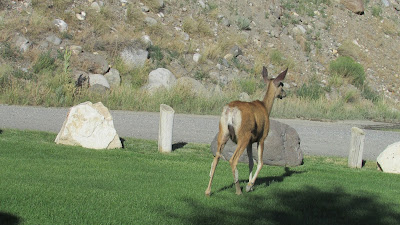 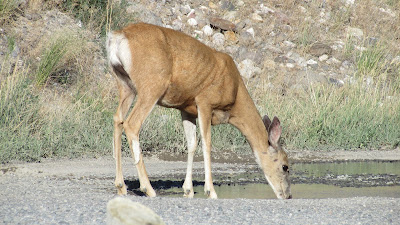 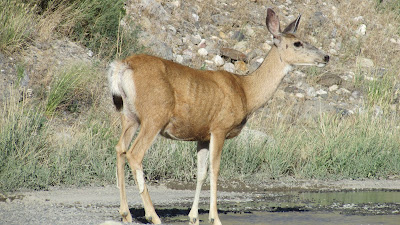 A huge brown trout with no picture? Sounds like another fish story to me. ;)

Great pictures! I can beat Judy, I was first there in 1959 with my parents. I just read that Steamboat Geyser had a rare and unexpected eruption:)

Great picture sequence of Old Faithful. I've only been there once but will most definitely be back.

Great shots! Yellowstone is on my bucket list. We are planning on a trip up there next summer.